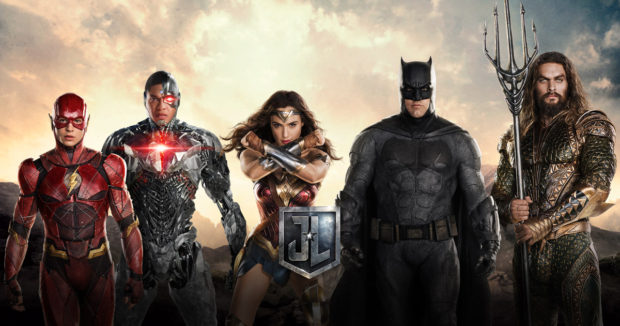 The first few minutes of Justice League sum up everything that’s gone right and wrong with the DC Cinematic Universe. Director Zack Snyder (or uncredited co-director Joss Whedon) opens with a righteous Superman, being interviewed by two unseen kids for YouTube. It’s a summation of what Superman means — literally talking about that symbol on his chest that means “hope,” even if it looks just like an s. It’s a good concept, establishing Superman (Henry Cavill) as a character kids love — and by being an archived YouTube piece, it alludes to the pall over this story: that he died saving the world from Doomsday in Batman v Superman: Dawn of Justice.

Despite fans saying they wanted it, that kind of moment never really happened in the prior movie, or the first one, Man of Steel. This is the first smoke and mirrors moment that says Warner Brothers heard us and has changed their tone, and then you notice something else: there’s something wrong with Cavill’s upper lip. CG covers a moustache that the actor grew for Mission: Impossible 6 or 7, and which Paramount refused to let him shave for reshoots on Justice League. Not only do we get the strange reminder that this is show business, calculated to lure us in to theaters, you’ll notice that his upper lip looks like that in almost every scene. To give us what they think we want, Warner Brothers scrapped an awful lot of what they had in the first place. 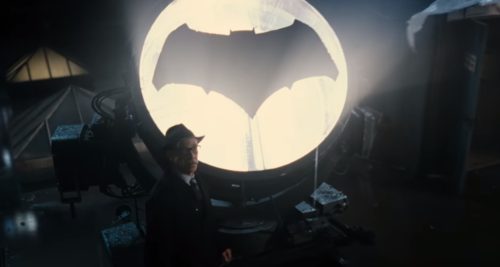 The film jumps to Gotham City, where Batman (Ben Affleck) pulls a patented Batman move on a thug, in an attempt to lure what comics fans know is a Parademon. Why Batman knows anything about them is unclear, though in the previous film, he did have a dream that was filled with them. One thing he can be certain of, though, is that he has to get the band back together… for the first time. He’s also very certain that he really isn’t the one to do it; the world needs a Superman, who was clearly a great guy, hero, and inspiration for everyone even though for two movies we never actually got to see that.

Justice League is brighter and shinier than Snyder’s previous DC movies, though like David Ayer’s Suicide Squad, it also gets easily distracted by how bright and shiny it thinks your attention is. As a story, Justice League is simple: poorly CG’d villain Steppenwolf (Ciaran Hinds) returns to Earth after thousands of years to reassemble three Mother Boxes into the Unity, which will transform the planet into a duplicate of his homeworld, Apokolips. Of course a team has to come together to stop it, just as eons ago the Amazons, the Atlanteans, the Greek Pantheon (plus?), and, oddly, the Green Lantern Corps banded to drive away the evil.

It’s got plenty of fan service moments. As individual set pieces, they have their moments. Tied together, the plot just careens around until it gets to the end. But the diversions are fun. Every time Gal Gadot steps onto the screen as either Diana Prince or Wonder Woman, it’s a reminder how great Wonder Woman was, except every battle scene plays out in the same sequence of shots of her. That may be due to Whedon — one sequence comes right out of Marvel’s Avengers, and another is shot the same as in Avengers: Age of Ultron, though with different intent. As a director, he’s a great writer. 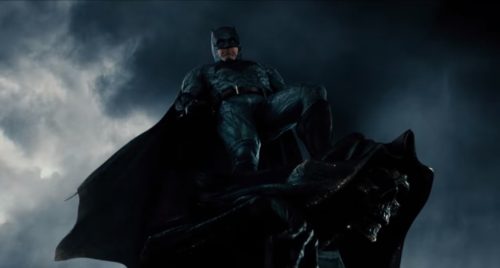 Except here, Whedon rewrites, which means working his witty magic on a story that may or may not have been set in stone. No matter who asked when, Snyder or Geoff Johns, what’s on screen is an awkward fusion of Snyder’s Wagnerian opera versus Whedon’s trademark The Magic Flute. Thus in some points, Affleck’s Batman is more Lego than Dark Knight, and  Cavill’s new bright optimism — which he says is what he wanted to play all along — is at odds with an inexplicable resurrection scene that plays out exactly the way people think all superhero meet-ups have to play out.

It works, however, for both Arthur Curry (Jason Momoa) and Barry Allen (Ezra Miller). Though Miller’s Flash plays a bit like a crimson-armored Emo Phillips, the character has more depth than any of the others. That’s because the dialogue actually illuminates his character, instead of playing to a generic superhero wise-acre. And Aquaman drips attitude, yet has the swagger and joy of Slim Pickens riding an atomic bomb. Momoa actually gets a couple of scenes that reveal Aquaman’s pain, and they whet the appetite for the coming solo movie. 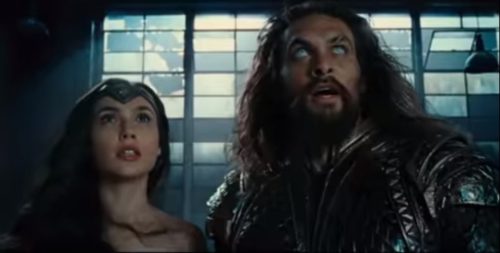 If a character should have had an arc, it’s Ray Fisher as Cyborg. The actor is just fine. The subtext is just lacking. He’s confused and scared by the transformation of his mind and body by a macguffin his father calls the Change Engine. But we only know that because he broods, and in one crucial scene, he can’t control the weapon his body is becoming, until he can again.

As much as I hate to say it, Justice League plays out a lot like a combination of kids playing with Justice League action figures (I did think, whoa, kids today can build a Parademon Army!) and the longest version of the fan film Grayson ever made. It’s all moments meant to make fans happy, and Snyder, Whedon, and company could have spent more time telling a story that was about this movie instead of teasers for the next ones. Well, Marvel has done a lot of that, too, so hey — at least DC Films got that right. 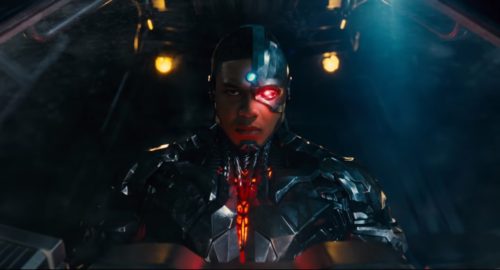 One other bit of praise, though, for those to whom this matters: I’m hard-pressed to think of any moments in this movie that would make a parent uncomfortable to watch with their kids, and I do wish more superhero movies would let go and be family films.

And by the way, since I reference it — here’s Grayson, directed by Gabriel Sabloff, which was pretty cool as a trailer.