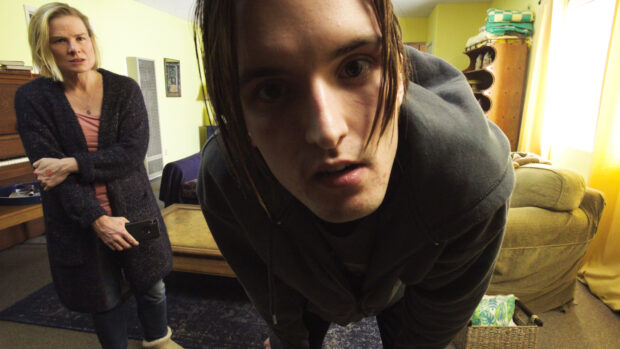 In the 1950s, the novel, play, and movie The Bad Seed shocked audiences with the notion that children could be evil — and that it could be genetic. We hadn’t started using the term “psychopath” in casual conversation. Now, of course, we’ve had a couple of decades of school shootings, and the idea that evil starts young sadly seems normal. We still don’t want to admit it, but it’s believable.

Writer/director Tucia Lyman has taken that, along with a background in reality television, to create M.O.M. Mothers of Monsters, a taut cat and mouse thriller between a mother and son presented largely in vlog format. It’s an interesting approach that serves the tension for the most part, though who and how the final narrative is being viewed gets confusing at times.

Opening on home video footage of pre-schooler Jacob Bell, the film establishes the idea that the boy was born bad. In present day, Jacob (Bailey Edwards) and his mother Abbey (Melinda Page Hamilton) have had to move around a lot following a series of “incidents” at Jacob’s schools. Or has Jacob not been at fault? Abbey simultaneously thinks he may be a psychopath while also siding with him in several of his conflicts with others. 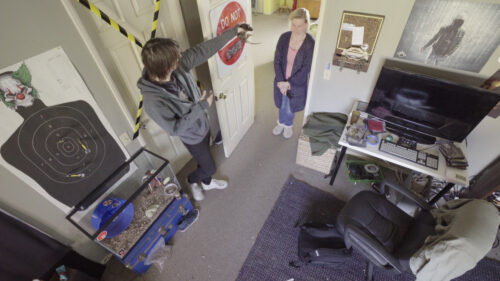 For the most part, Lyman plays it with the right touch of ambiguity. Jacob has some pretty extreme behaviors, but it’s hard to call it outright psychopathy. And Abbey — there’s a history and some mystery in her family background, not helped by her own mother (Janet Ulrich Brooks) being in major denial about just about everything. To that point, the family dynamic seems pretty realistic and unfortunate. Then Lyman ups the game.

M.O.M. Mothers of Monsters probably could have been effective without the conceit of everything being video clips, but that does add a level of verisimilitude to 2020. Parents secretly film children, children secretly film parents (and children are often more clever about the technology). It’s not just social media that violates privacy; it’s ourselves. At times, though, it feels a little stretched. 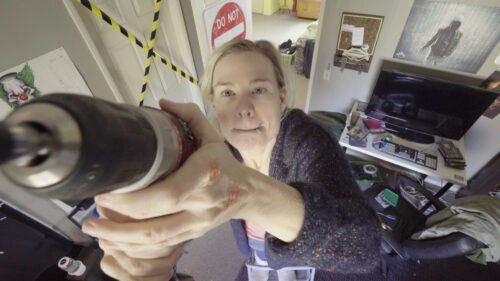 The film holds together with a riveting performance. Though Hamilton is good at the center as Abbey, Edwards gets to bounce off the screen as the mercurial Jacob. That’s what keeps the plot moving — he could just be a troubled teen, lashing out the way many teen boys do against their mothers. And yet, just as Abbey says she loves her son, it’s also weirdly clear he loves his mother. He just doesn’t quite believe consequences are real.

There’s also a brief cameo from Edward Asner as a psychiatrist, and as always, he’s good, but it’s a little superfluous star power. And there you go — M.O.M. Mothers of Monsters is good enough that it didn’t need Asner to give it weight. 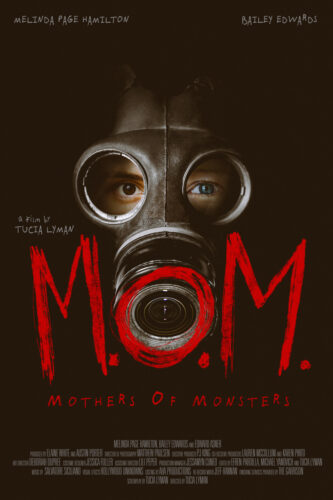