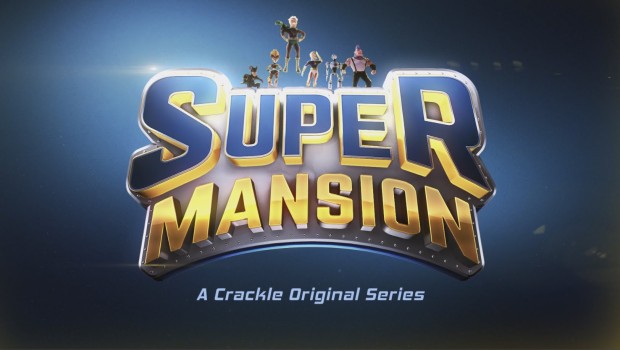 Well played, Zeb Wells and Matt Senreich. Within two episodes, their new stop motion puppet series Supermansion manages to skewer the Justice League, S.H.I.E.L.D., The Invaders, Captain America: The Winter Soldier, and even the Legion of Superpets. It’s all smoothly done with a narrative drive that never lets up even for the jokes. Thank heavens Crackle only released three episodes this week, or it would have been a long night of binge-watching that I just didn’t have time to do.

Bryan Cranston produces and stars as Titanium Rex, a superman stand-in who refuses to admit he’s past his prime. He’s surrounded himself with super team The League of Freedom, that reflects a more modern sensibility than his 1940s ethos — which still has its own dark side. The exception is American Ranger (Keegan-Michael Key), frozen in a time tunnel until America would need him again, and then somehow forgotten about until two months ago. There’s surely more to the story than that, and despite occasionally broad and low comedy, Supermansion actually seems to be setting up an arc for each of its characters.

Titanium Rex’s problems lead the way. Unable to rein in his team, he’s forced to endure a top secret military auditor, Sergeant Anguish, who sounds  like Samuel L. Jackson. While undergoing the audit, spoiled billionaire dilettante Black Saturn (Tucker Gilmore) has to come to grips with the idea that his arch-enemy The Groaner (Wells) may not hate him the most out of the team. It’s a clever twist on the nemeses trope, spinning in a different direction than the Dr. Venture/Monarch relationship from The Venture Brothers. Plus the prop comic supervillain joke actually goes a lot further than I thought it would.

Even the stop-motion animation is smoother than on other Stoopid Buddy productions like Robot Chicken. Achieving a production design closer to Rankin-Bass than Mego, the emotion on the characters’ faces is surprisingly detailed. Several of Titanium Rex’s slow burns look like they could have been modeled directly off Cranston.

The only character I suspect I’m going to tire of, because I already did, is the hyper-evolved cat called Cooch (Heidi Gardner). Even Titanium Rex calls her out on her one note, so maybe there’s still something more up the show’s sleeve.

It’s absolutely not safe for work, and like Robot Chicken, far from appropriate for children. Crackle also doesn’t bleep over the language, so if your ears are delicate, this may not be for you. But if abusive superponies and semi-nude nonagenarian puppets seem like a good time, you need to head over to Crackle right now.