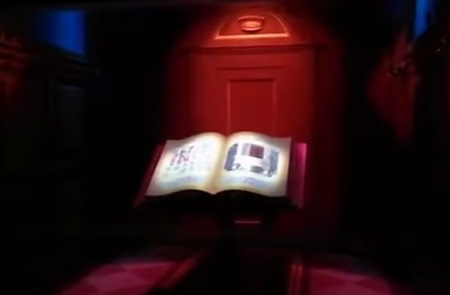 When you have the largest castle in all of the Disneylands, you might as well find a place for all the Disney Princesses. In this, Shanghai Disneyland seems to have a better place of honor for Pocahontas than Anaheim does. It also has a far more interactive castle than Anaheim, which has Sleeping Beauty Castle, and Orlando, which has Cinderella Castle. Shanghai Disneyland’s castle is so big (how big is it?), it’s called simply Enchanted Storybook Castle.

Take a look at this walk-through of one of the attractions there — a combination of a tour and a dark ride, which like Pirates of the Caribbean: Battle for the Sunken Treasure, boasts 3D technology that no doubt depends on video projection, but it seems vaguely… enchanted. Certainly the guests in the video think so. Telling the story of Snow White, some of the elements come out of the original Fantasyland ride in Anaheim, but at a bit more leisurely pace.