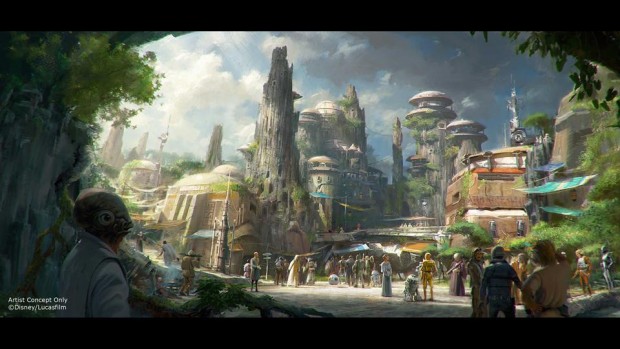 Disney has revealed the beginnings of Star Wars Land in Anaheim’s Disneyland. (A similar — okay, probably identical — project is happening in Orlando at the Hollywood Studios park.) To celebrate, they’ve published this 360 degree photo showing what’s going on behind the walls of the construction site… though who knows what will really make it in the final product? All I can say is that it’s a good thing Mark Twain’s Steamboat has been temporarily shut down; I’m not sure park goers would survive a flyby from an X-Wing.