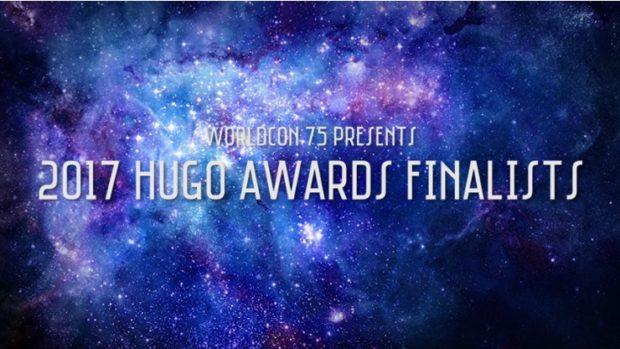 Announced this morning from Helsinki, here are the finalists for the 2017 Hugo Awards. Attendees of Worldcon 75 in Helsinki will be voting on the winners, with ballots due July 15. The Hugo Awards themselves will be on August 11… and there is a Fanboy Planet connection. Occasional contributor Christopher J. Garcia has received his 20th nomination as editor of the fanzine Journey Planet, which has occasionally had articles in it from Ric Bretschneider and Derek McCaw, as well as other FBP contributors. It’s an honor just to know somebody that has been nominated, and may let us touch the Hugo Award in a completely non-euphemistic way. (As a side note, I’m also thrilled for Charlie Jane Anders’ nomination.)

Things to note: the notorious Vox Day made his way back to the ballot, but so did Chuck Tingle. In a week after Marvel decries diversity as a reason its sales are down — they get three Hugo nominations, including for Ms. Marvel and Black Panther. And hey, the Bay Area’s own Daveed Diggs got a nomination, and NOT for appearing in Hamilton!

Worldcon 76, of course, will be held in San Jose, California in 2018… there’s still time to join and have a chance to nominate for next year’s Hugo Awards!