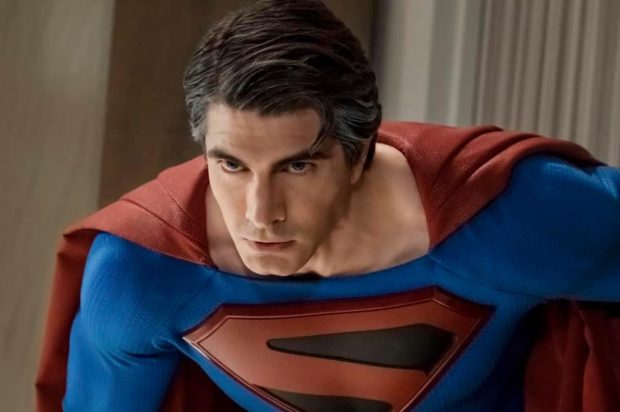 Considering that worlds will die (and already have) in this year’s big Arrowverse crossover adaptation of the DC classic Crisis on Infinite Earths, it’s understandable that people look concerned in almost every publicity still the CW released today. But it’s also so CW. Fans, however, should just look giddy because…

Look at how much this seems to get right, though Greg Berlanti’s Arrowverse is forging its own path through DC continuity. While it might not actually be Kingdom Come Batman and Superman — or at least, not referred to that way — seeing Kevin Conroy and Brandon Routh as the older, still heroic versions of the World’s Finest is thrilling. In his first live-action appearance as Bruce Wayne, Conroy has the sardonic slight smile that Alex Ross gave Batman, and you can see something that looks like the exo-skeleton Wayne wears in Kingdom Come. 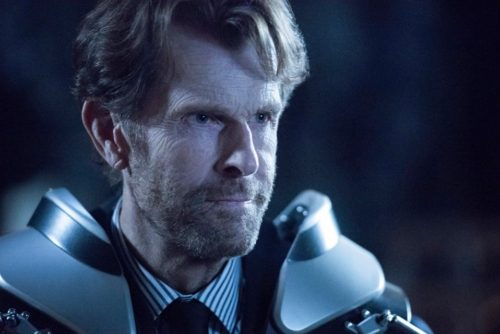 Conroy, of course, is iconic as Batman/Wayne over decades of voice work in animated series and video games. (Also, absolutely one of the kindest people you could ever hope to meet.) Routh could have and should have become iconic as Superman after appearing in Bryan Singer’s Superman Returns, and it’s clear from these photos that he’s contrasting the older Superman well against his regular Arrowverse role as Ray Palmer/The Atom in DC’s Legends of Tomorrow. 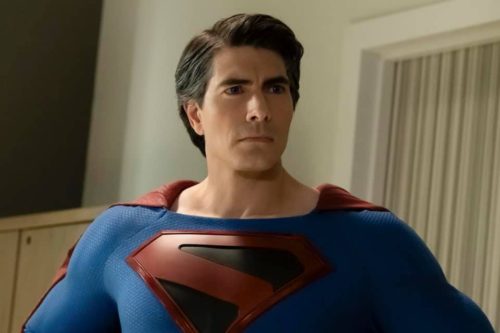 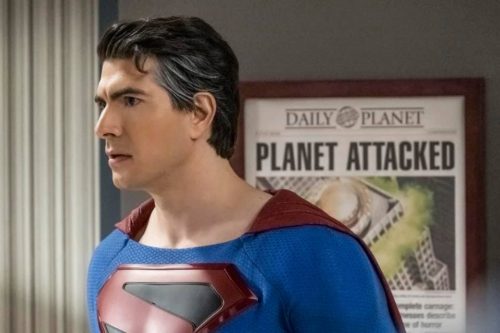 It’s likely that this other shot with the same newspaper backdrop is of Ray Palmer, not Clark Kent. As comics creator Jaimel Hemphill pointed out to me on Facebook, Superman had given up his Clark Kent identity in Kingdom Come. But that’s also usual barely repressed joy that Ray has, not Clark. 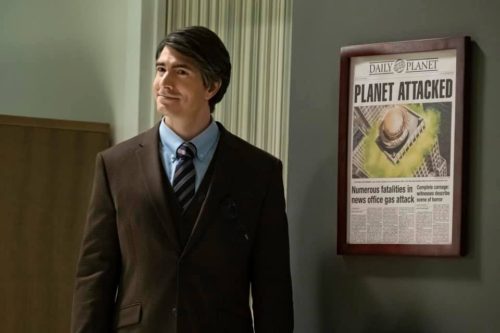 But of course, we have many Supermen in this crossover. Tyler Hoechlin reprises his Arrowverse role, alongside Elizabeth Tulloch as Lois Lane and Candice Patton as Iris West Allen. 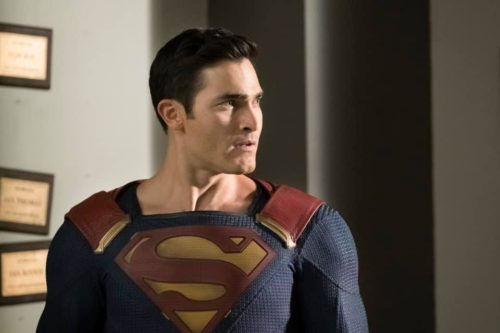 The two intrepid reporters Iris and Lois seem to have their hands on the Book of Destiny, which set up the Crisis in last year’s Arrowverse Elseworlds crossover. 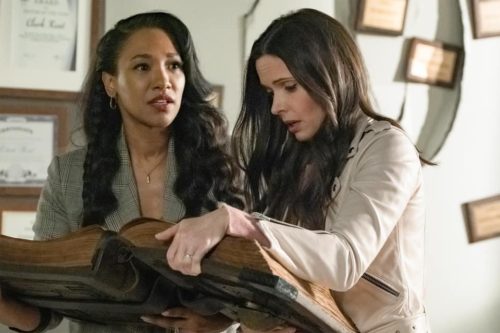 What has them all concerned in the photo below, clearly on the Kent Farm that also appeared in Elseworlds? 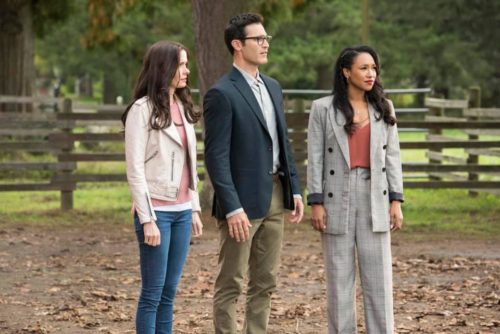 Could it be that they’re looking for somebody to save them?

Could it be… another Kent Farm? 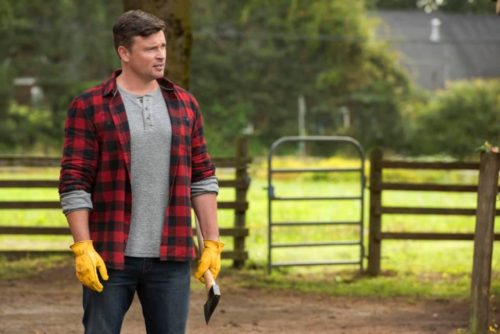 While it seems ever more doubtful that Tom Welling will put on the tights, we can still hope.

It occurs to me, though, that Berlanti could have been really bold and given us President Calvin Ellis. Maybe it’s still one more surprise up their sleeve. We’ll find out once Crisis on Infinite Earths begins on December 9, with that evening’s episode of Batwoman. And if you want to catch up on the source material, Marv Wolfman and George Perez’s Crisis on Infinite Earths is available here (and at your local comics shop), as is Mark Waid and Alex Ross’ Kingdom Come. Both are classics, and it’s no wonder the fanboys are jumping out of their skins for this.

Fanboy Planet does have an affiliation agreement with Amazon, and any purchase made through them from this site may result in revenue being paid to the site.