By launching into space, they launched the Marvel Age of Comics. Not officially seen since the end of Secret Wars, the Fantastic Four will finally return this summer — with a creative team that could rival the best that have worked on the book: Dan Slott and Sara Pichelli. Since Slott has already brought the right kind of loopy energy to another Lee/Kirby creation, the Silver Surfer, having him take on Marvel’s first family makes sense, just a nice jump to the left from his epic run on Spider-Man. (Heck, he’s certainly proven there that he knows how to write Johnny Storm. Pichelli has done some elegant, exciting work defining Miles Morales/Spider-Man, and I can’t wait to see her take on the Fantastic Four.

Since the team has been away, this is the one of Marvel’s “Fresh Start” relaunches that feels right — sure, it’s being done for publicity, but it’s high time for Marvel to feel fantastic again.

As revealed by Editor in Chief C.B. Cebulski in an official video from Marvel, FANTASTIC FOUR will return this summer in an all-new monthly series, written by Dan Slott (Amazing Spider-Man, Silver Surfer) with art by Sara Pichelli (Spider-Men II).

“I started my adventures in the Marvel Universe with a freaked-out Reed Richards, the Watcher and the Silver Surfer,” Slott told The New York Times in an interview. “I’ve wanted this for so long.”

“We’ve been waiting for the right creators to come available for this book,” Cebulski revealed during Marvel’s official announcement. “Fantastic Four is not an easy team to draw – The Thing is the big orange rock guy, Reed can move in all kinds of directions, Johnny is on fire when he flames on, and Sue, when she is invisible or not, you still have to make her presence felt in each panel — and Sara can just do that like nobody else.” 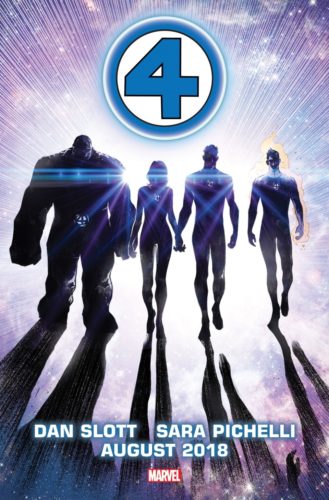 Hmm… something about that looks a little familiar… 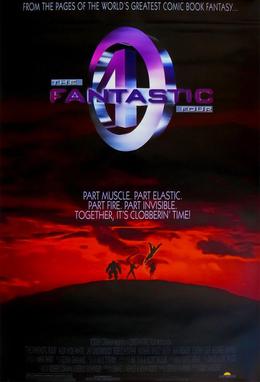