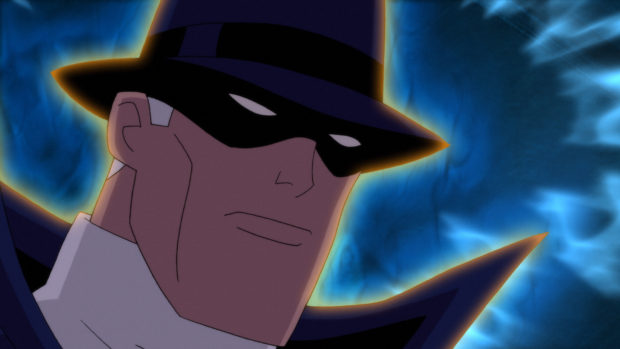 He is but a stranger, but he’s also one of my favorite DC characters. Though he’s appeared in a few animated series before (and even the recent DC Universe Swamp Thing), the Phantom Stranger has never had a solo story… until now.

Thanks to the DC Universe animated movies reviving the idea of doing shorts with their main features, The Phantom Stranger will be an extra on the upcoming Superman: Red Son movie being released digitally February 25, 2020, and on blu-ray/DVD March 17, 2020. A chance to explore more obscure corners of the DC Universe without relying on Batman or Superman, the shorts have recently given us not just Sgt. Rock but also the Creature Commandos. This upcoming installment visits the Stranger’s heyday of the 70s (I’m betting with his supporting cast from early issues of his book, a group of teens not unlike Mystery, Inc.)

“Phantom Stranger” has Bruce Timm (“Batman: The Killing Joke”) at the helm as executive producer & director, and the short is written by Ernie Altbacker (“Teen Titans: The Judas Contract”). Set in the 1970s, the short follows young adult Jess as she joins her friends at a party in a dilapidated mansion hosted by the mysterious Seth. When odd things begin to happen to Jess and her friends, the Phantom Stranger intervenes to try and save her from a dreary fate. In addition to Peter Serafinowicz as the Phantom Stranger and Michael Rosenbaum as Seth, “Phantom Stranger” also features the voices of Natalie Lander, Grey Griffin and Roger Craig Smith. 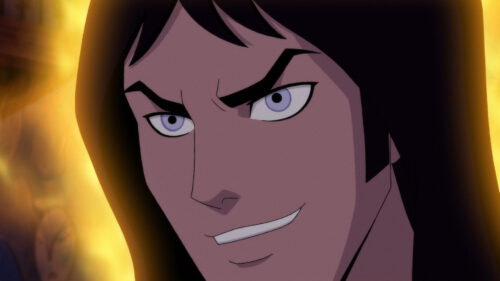 Fanboy Planet is an affiliate with Amazon, so if you purchase any books, movies, toys, etc. through an Amazon link on this page or site, we may receive a small amount of revenue.