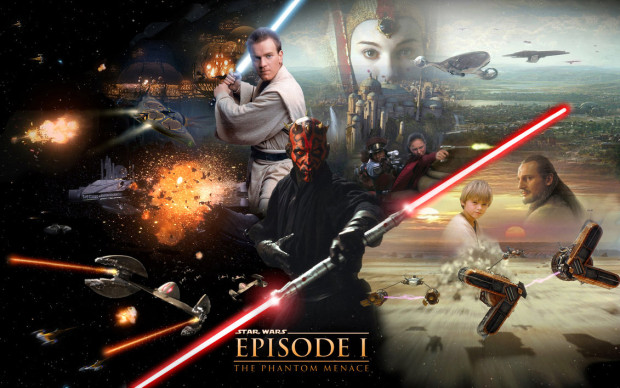 (Editor’s note: One of our earliest columns at Fanboy Planet was The Script Doctor, which ran from 2000 to 2001. This one seems particularly relevant today, though it was originally posted on October 29, 2001, back when these complaints were new and we were young…er.)

As a life-long fan of Star Wars, I tried to play along, but I can’t toe the party line anymore. The Phantom Menace could have been SO much better.

Looking back at the Star Wars franchise, I now realize that I only really love the first and second movies (by which I mean chapters 4 and 5… if you don’t understand what I mean, stop bothering to read any further). Return of the Jedi, while not bad, didn’t live up to my expectations any more than Episode 1. I want to say that it was just the Ewoks (certainly, they were nothing to hoot about), but there was plenty more. But whatever, let’s look at the Jar Jar one for now.

There have been a few underground edited versions of The Phantom Menace, but they are largely attempts by fans to improve the product from what was already shot. Some problems go back further than that, and could have been fixed in the script. With almost twenty years to work on it, we all agree George Lucas had plenty of time to come up with a better product.

The plot elements involving Darth Sidious, the Trade Federation, Palpatine, and Qui-Gon were all fine. It was an interesting, new kind of story for Star Wars. Fan boys all knew that Palpatine was Sidious, but it was treated well, and new viewers didn’t know right away (some still might not know). The semi-rebellious Qui-Gon made me think how easy it might be for Vader to destroy the Jedi (if they weren’t all united, they would be easy pickings). Even Jar Jar isn’t that bad on paper… it was his execution that left much to be desired (another obvious move with kids in mind).