In less than two years, we’ll be seeing Wonder Woman 2. Warner Brothers has moved up the release date for the film — which has not yet started production — to November 1, 2019 after previously announcing it for December 13, 2019. What spurred the move? Likely the chance to get ahead of Star Wars: Episode IX, which Lucasfilm moved from May 24, 2019 to December 20, 2019. You get the feeling that movie calendars are like chessboards?

It’s a bold announcement coming one day after star Gal Gadot released a statement that she would not return to play Diana if producer/director Brett Ratner remained involved in the DC Cinematic Universe. His RatPac-Dune Entertainment co-financed Wonder Woman and Justice League. In the last couple of weeks, several stories of sexual harassment have swirled around Ratner, which Warner Brothers claims they are currently investigating. They’re so bad that even Playboy Magazine distanced itself from Ratner, who had been set to direct a biopic of magazine founder Hugh Hefner.

If Warner Brothers is moving ahead with production on Wonder Woman 2, and they should, it may be a safe assumption that we will hear an announcement this week that Ratpac-Dune has been paid out and that DC Films will proceed without the company’s involvement. (The company has a contract that expires in April.) 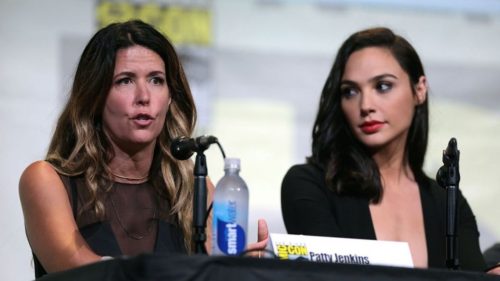 Patty Jenkins returns to direct, produce, and co-write Wonder Woman 2 with Dave Callaham. They’re adapting the screenplay from a treatment that Jenkins wrote with DC Chief Creative Officer Geoff Johns. And let’s face it — the two key elements are Jenkins and Gadot, an unbeatable team that have brought scads of good will from fandom toward Warner Brothers.

Though no official details on the storyline have been released, it’s rumored to once again be a period piece set before the events of Batman v Superman: Dawn of Justice, which I’m ready to just pretend was an Elseworlds movie, and that the DC Cinematic Universe really begins with Wonder Woman, followed by movies with Superman and Batman in them that just happen to be played by the same actors that played them in other movies.