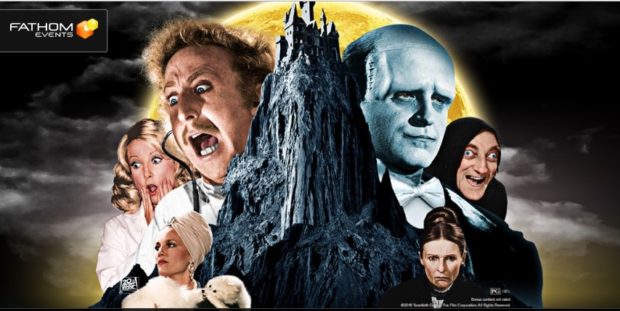 Last week, Fathom Events announced that they would present a screening of Gene Wilder and Mel Brooks’ classic comedy Young Frankenstein on October 5, 2016 at select cinemas nationwide. Well, you could go get tickets here, or you could also enter to win tickets here on Fanboy Planet!

That’s right — Fathom Events has agreed to let us offer two (2) pairs of tickets, for any of the locations participating in this event. Young Frankenstein screens one night only, with a special live introduction and conversation with director Mel Brooks, from Universal Studios Hollywood where they’ll tour “Little Europe,” the still standing outdoor set that taught us all where the finest Universal Monsters live.

All you have to do is email Fanboy Planet with the header “Young Frankenstein,” and in the body of your email tell us your name, email address, and the location that you would be attending from the list here. You can enter until September 22 at midnight PST, and we will draw two names from the emails, which we will forward to Fathom Events for your pair of tickets! It’s that simple.

This is restricted to locations within the United States, as you must be able to get yourself to one of the theaters. Also, writers for Fanboy Planet are not eligible. Sorry, Nate.