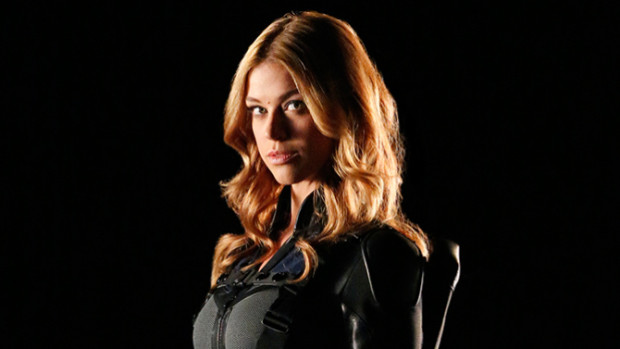 Picked this up in a tweet from writer Jim Colucci last night, and saw it confirmed in Variety: ABC has revived the idea of spinning off Bobbi Morse, aka Mockingbird, and Lance Hunter from Marvel’s Agents of S.H.I.E.L.D. into their own show, Marvel’s Most Wanted. Originally floated last summer by ABC, the idea would be that we follow Adrianne Palicki and Nick Blood’s characters in their own adventures while still occasionally seeing them on S.H.I.E.L.D.

It’s a reasonable idea if you’re a fan of the series now in its third season. The cast has gotten bigger, the intrigue more complicated, and as it seemed that we’d be focusing on the “Secret Warriors” this season, the time being spent on Bobbi and Lance should be less and less. And Lance is really there because he loves Bobbi so… let’s see them out on their own kicking butt.

This does bring ABC’s confirmed Marvel series to three: Agents of S.H.I.E.L.D., Agent Carter, and now Most Wanted. There had been talk of a mysterious Marvel series being developed by John Ridley, currently producing American Crime for the network. And what about Damage Control, the potential sitcom based on Dwayne McDuffie’s old series about the company tasked with cleaning up after superhero battles? (NBC threw a competitive wrench into that with a DC Universe set sitcom, Powerless.)

With those series, plus what’s going on in the DC Universe on every other major network, we seem to be reaching comic book overload. There’s just so much to watch!