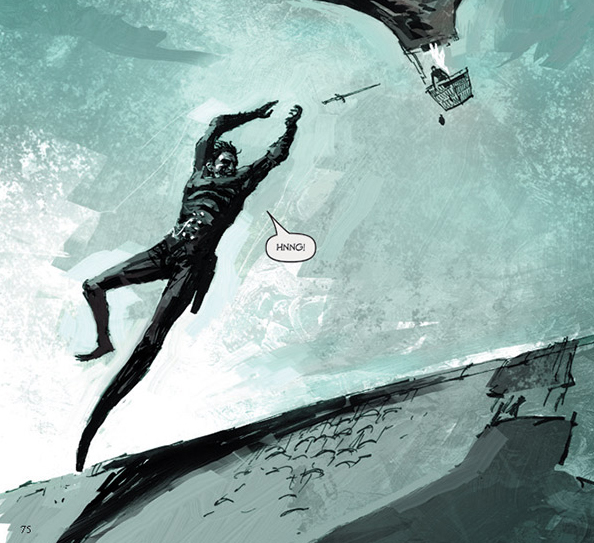 We have long been fans and supporters of Frank Beddor. Turning Alice in Wonderland on its ear into a science fiction epic, The Looking Glass Wars is proof that one creative mind can do it all with an IP. Frank was on the cutting edge with transmedia, developing a game from his initial novel, using the web for marketing early on, developing a stage musical, and then finding “missing” information from his main saga to create a series of graphic novels. He also works tirelessly to promote literacy, and visits schools to talk to kids about their own creativity.

If you haven’t read the Hatter M series, you’re missing out on a thought-provoking, funny, and beautiful semi-historical adventure beautifully drawn by Sami Makkonen. Crossfire looks like it will continue in the tradition, even further fleshing out the worlds of imagination Beddor first started exploring almost two decades ago. After a few successful Kickstarter campaigns, this project is launching at IndieGoGo — so go go.

After the creation of the Everqueen, Alyss Heart of Wonderland faces great difficulty as she fends off political assaults from rival suit families while struggling to maintain diplomatic relations with the tribes of Boarderland. More vulnerable now than ever before, she barely escapes an attempt on her life. No longer sure whom to trust, she aligns with controversial new allies in order to keep Wondertropolis safe and prevent havoc on Earth. And yet the fight, the battle, finds her—as it seemingly always does—and Alyss discovers that all decisions, even the right ones, have consequences. 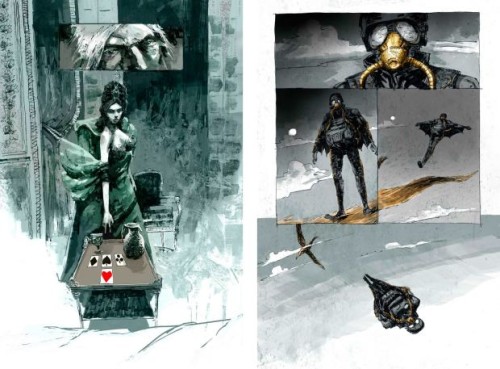 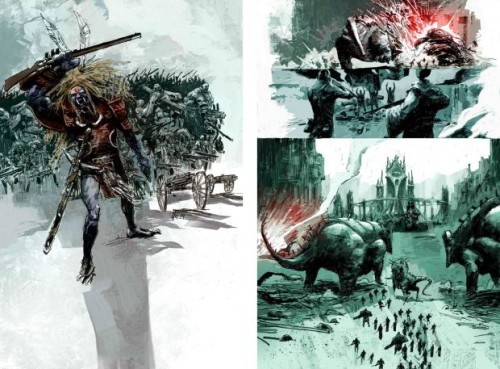