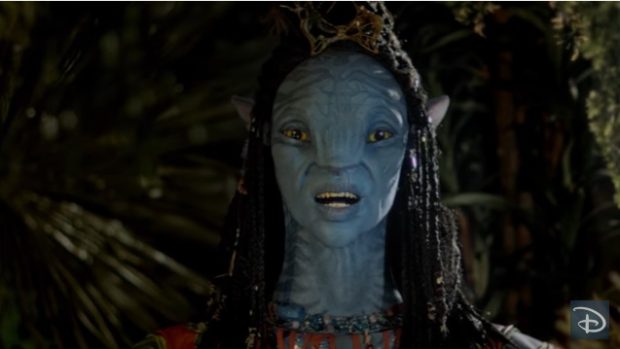 Avatar stands as one of the strangest movie followings of the 21st century. It wasn’t studio marketing that made people go crazy for it — they just went and fell in love with the world of Pandora that James Cameron had created. You’d go to a convention and have to push past Na’vi cosplayers all over the place. And then a year later… almost nothing.

Oh, sure, you may run into one or two Na’vi, but the enthusiasm plummeted as everybody moved on to the next epic. Maybe it was because Cameron’s announced sequels haven’t materialized yet.

At the time, it made sense for Disney to jump at the chance to bring the world of Pandora to life. It’s just taken so long, and Avatar’s place in public consciousness so faded, that it had better be really good. Opening this summer 2017 in Orlando in Disney’s Animal Kingdom, Pandora has a lot to offer — including some of the most sophisticated audioanimatronics Imagineering has created. It may just be really good.

Disney released a video showcasing the Na’vi River Journey Shaman figure. Maybe because it’s close-up, and its voice is at a natural volume (instead of amplified as we usually hear), it’s a little disconcerting. It was only a matter of time before Frontierland became Westworld. And here we are at the beginning of it.