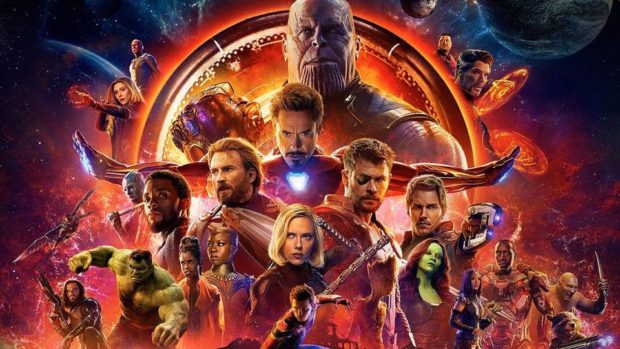 This is the movie we’ve anticipated and feared. Avengers: Infinity War pulses with excitement, the cinematic equivalent of reading a Marvel Comics company-wide crossover. It’s got that energy, that epic sense, while still allowing for brief character moments. Like the coming of Thanos (Josh Brolin), that is the blessing and the curse of Avengers: Infinity War. The sheer epic scope will dazzle you, but it’s also the first Marvel Cinematic Universe film that feels like you really need to have watched the others, or at least most of them.

Jumping off directly from the post-credit scene of Thor: Ragnarok, it’s hours later, and a horrific battle has happened between Thanos’ Black Order and the Asgardians.  And that’s the pause in the action. From there, we whip to New York City to establish who’s still there as the Black Order approaches Earth. Out in space, the Guardians of the Galaxy get involved, introduced by musical shorthand that works if you have seen and loved James Gunn’s two films in that franchise. (Which you should have.) More characters appear, there’s a battle, more characters appear, there’s another battle, as we keep whipping from planet to planet in order to save all reality.

To the credit of directors Joe and Anthony Russo, it all works. But if it were a comic book, readers would get the extra advantage of an asterisk and a caption box to tell you where a previous meeting might have happened, or why a character might be significant. I’ve seen all these movies, and in a few places I’m still thinking, wait, where did we last see that hero?

Thankfully, the Russos didn’t have to actually introduce many new characters — the Black Order are all so visually creepy, they establish themselves quickly. There’s another addition to the lore of a franchise (see how hard I’m trying to avoid spoilers?) that goes a long way to answer unasked questions, and is such perfect casting that it’s just enchanting. And in a movie almost three hours long, it’s almost amazing I’m asking for more.

Infinity War is at its strongest with the core members of the Avengers, those who have been in the most films. That may be because screenwriters Christopher Markus and Stephen McFeely have shepherded Captain America (Chris Evans), Thor (Chris Hemsworth), and Iron Man (Robert Downey, Jr.) through the last few years. Consistency has its virtues. It’s no slight to them, however, that the Guardians say things that sound right, but their portrayal is just the tiniest bit off from the heart that Gunn gives them — as with a comic book crossover, you know when it’s not their main writer. 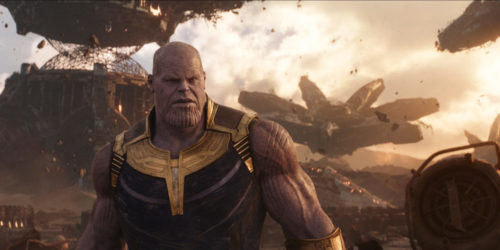 Markus and McFeely’s heavy lifting comes with Thanos. Though he’s loomed large for several films, he has been an enigma. This version hews fairly closely to comics creator Jim Starlin’s vision. The “Mad Titan,” as he has often been referred to, may not be the only villain big enough to bring all these heroes together, but Marvel Studios doesn’t quite yet have the rights back to the others that could. The script veers slightly from the comics, modifying Thanos’ reasons for wanting all the Infinity Stones. We may still very well think him mad, but the alien Thanos comes off as almost human.

That’s partly due to Brolin’s eyes remaining under all that CG. Other characters in the film might not buy his emotional depth, but every time the Russos focus on Thanos’ eyes, we get the sincerity in his insanity. The Russos also give Steve Rogers the best entrance. Once again, this movie gave me a melancholy twinge. Please, man, don’t leave. You ARE Steve Rogers, Captain America, even with a full beard. 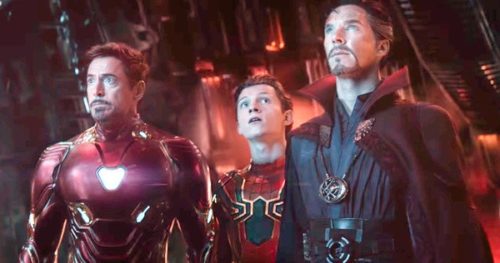 For comics fans, there are also plenty of moments where we have to catch our breath. We are seeing Jack Kirby’s visions brought to life. Let’s not give short shrift to Steve Ditko, either, even if he doesn’t care. Seeing Spider-Man (Tom Holland) and Dr. Strange (Benedict Cumberbatch) standing side by side on screen seems almost beyond the wildest dreams of Stan Lee and the Marvel Bullpen of the 1960s.

And for now, that’s all that can be said. This has more than its fair share of great moments that should not be spoiled ahead of time But do know that its intensity may be too much for young kids. Screen Avengers: Infinity War yourself before you take them.