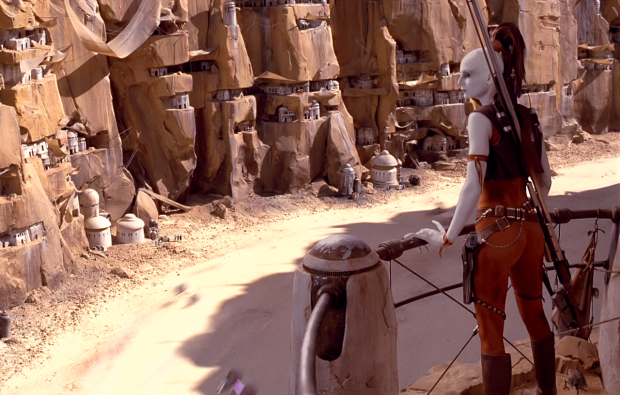 Dark Horse Comics devoted two mini-series (and counting) to her. If you scour bookstores, you can find her immortalized with a coffee table book and 12′ action figure set, Dawn of the Bounty Hunters. She may be one of the most popular and recognizable characters in the Star Wars universe, and yet she had less than fifteen seconds of screen time in The Phantom Menace. Thanks to the good people at Ultarama, Fanboy Planet had the chance to sit down with the woman behind the most feared bounty hunter since Boba Fett, Aurra Sing. Not once did actress/model Michonne Bourriague threaten to kill our paduwans.

Derek McCaw: What else have you done besides being Aurra Sing?

Michonne: I’ve been modeling for the last two years. I got the job for Aurra Sing, to play her, when I had only been modeling for a week. So the timing was really fortunate. After filming for Episode 1, I left for Europe and I did modeling there for six months. I’ve been modeling ever since. I’m moving down to Los Angeles at the end of the month to pursue my acting career, so it’s just getting started. 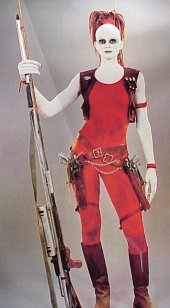 DM: Do you do a lot of these conventions?

M: Yeah, actually I do. My first show was actually in Milwaukee, Wisconsin for Gencon. So I’ve probably done about twelve shows since then. This is probably the largest show I’ve done.

DM: The big question everybody wants to know is, did you shoot any footage for Episode 2?

M: That’s a frequent question. In fact, I think about every customer or fan that I meet asks that, and unfortunately I’m not in any place to say whether or not I am in Episode 2. I just have to say that it’s confidential, and I think Lucas just wants fans to anticipate the movie before it comes out.

DM: How does it feel to have your face on action figures, comic books – they just finished up a huge run on The Hunt For Aurra Sing – well, did you know you were going to be such a bad-ass?

M: No! Actually, on the day of filming, Lucas told me that she was going to become a very, um, that she’d have a large fanbase and basically be a cult icon. And it was hard for me to fathom because unfortunately I was born after the Star Wars movies came out. So it wasn’t really my time, and I wasn’t a huge fan. I had seen all the movies, of course, but I didn’t understand how fans really analyze each scene. So with me knowing that I’m only going to be in the movie for three seconds, I never never thought this was going to happen. This is as much a surprise to me as it is to anybody else. But it’s fun. It’s been a great experience.

DM: Not overwhelming yet?

M: It was overwhelming at first, but you get used to it. It’s pretty exciting every time. Every show is exciting, meeting every fan’s exciting, so it doesn’t really wear off. You get more comfortable. 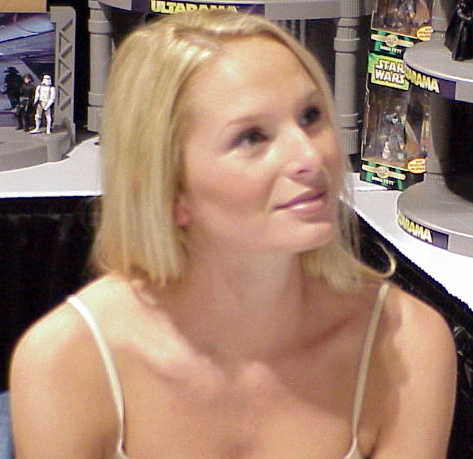 DM: Do you have any non-Star Wars projects on the horizon? You said you’re moving down to Los Angeles to start your acting career.

M: Luckily having Star Wars on your resume really helps. And so I’ve had a lot of directors and producers of new pilots and sitcoms call, so it looks really promising. Unfortunately nothing is pinned down yet. Basically, I’m modeling while I’m trying. But like I said, having this on my resume will really help a lot.

DM: What rumor would you like to see started on the internet about yourself?

M: I’ve given birth to aliens.

M: It’s funny how gossipy the convention circuit is. It’s funny how fans have all these rumors started. You know, like the Episode 2 rumor that’s been posted on different internet sites that I have been quoted saying that I did this much film time and whatnot, that kind of upsets me. I’ve been told not to say anything, and therefore that contradicts what I’ve been told to say or what I’ve said. That’s a funny question. I’ve never been asked that. Maybe that I landed a huge role in some major movie or something. But that’s more of a dream than a rumor. 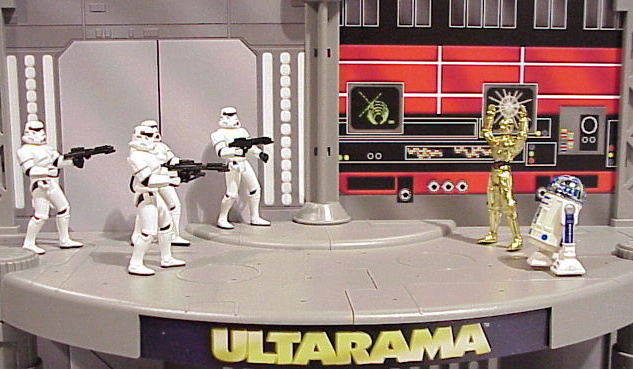 With that, we ended our time with Michonne. But as she continued signing, we checked out the rest of the Ultarama booth. For those who wisely open up their action figures, Ultarama offers a great alternative for display. Their product features stackable platforms, with movable pegs for posing variety. To make things even cooler, they offer a variety of backgrounds with a sci-fi flavor. If you’re a figure collector, check out their site, and tell Ultarama creator Mort Simpson that Fanboy Planet sent you.