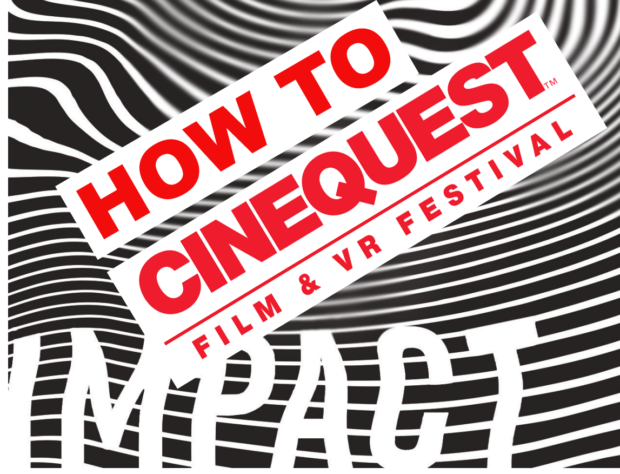 As regular listeners to the Fanboy Planet Podcast know, San Jose’s award-winning Cinequest film festival opened last night.  Opening night at Cinequest typically features an independent film that has or is expected to shortly gain general distribution, and last night’s film Krystal, featuring Rosario Dawson and actor/director William H. Macy should be no exception. But yeah, unless you were there, you missed it.  Sorry.

Burt Reynolds and Ariel Winter in ‘The Last Movie Star’

But like I said, it’s unlikely we’ve seen the last of this film.  The Fanboy Planet review will be up shortly. Still, it does point out one of the beautiful downsides of this festival. Get your plan going quick, or you’ll miss it.

Luckily you still have two more weeks of Cinequest to enjoy! And we’ll help you do just that in this article.

For many, Cinequest is more about the indies; smaller independent films. Indies are a joy. Why? Because independent filmmakers and their crew are typically trying to tell stories they love and believe in, using a medium with which they’re similarly in love. And they do this without the interference of large corporate studios who answer to stockholders more often than their heart. And so you get some unique and memorable experiences, unlike what you’ll see in general release.

But indies can be hard to find. Or rather, can be hard to find just the right ones for you.  There are hundreds of films being shown at Cinequest, you likely have not heard of most because they simply don’t have the backing money to advertise to you. So how do you decide what to see?

Well, you can browse the program guide, if you have the time. Note the ones that sound interesting. Head down to the festival and discuss them with other film lovers, and sometimes just take a chance. It’s not uncommon for a long conversation between strangers at Cinequest to start with “what film are you looking forward to?” Because at its heart Cinequest is two weeks where a community of film lovers gathers, enjoys films and each other’s company, and occasionally makes a few new long-term friends.

Cinequest is also an opportunity for audience and creators to mingle. That guy sitting next to you might be the director of this film, or may give you a postcard advertising his film that’s showing later in the day. If you’re a film fan, the opportunity to discuss what went right and wrong, what you loved or didn’t, and to get feedback from the creators themselves, is a terrific experience, often for them as well. People involved in independent film are doing it all for the love of the subject matter and the art.

So, from this we can wrap up with a few pointers on getting the most out of your time at Cinequest:

And don’t forget, Cinequest is also a VR film festival again this year. These programs are easy to fit into your schedule, and short, so there’s really no excuse not to attend a couple. The danger is you may decide that now is the time to buy a VR setup for your home. Don’t laugh, it’s happened.

Most of all, for Bay Area / Silicon Valley folks, this is an opportunity to get out to an annual event that celebrates the love of creativity in Cinema, bringing to you unique and memorable experiences. You can go out and catch your 8th viewing of Coco later in the month. Now is time for something new and exciting.

By the way, if you act right now you can get tickets to the Nicolas Cage event tonight at 7:30pm. Rumor has it he’s getting a Maverick Spirit Award!

And don’t miss his VR program ‘The Humanity Bureau VRevolution’

It’s film festival season again! Cinequest 2018 starts on February 27 and runs through March 11th, so if you’re in the San Jose / San Francisco Bay Area you might check out the films and events for this year.  And Fanboy Planet for upcoming reviews and podcasts from the Planet’s crew.