The snow is clean. The woods deep. The forest quiet. We watch the hunter prepare for the hunt, the stalking, siting, the eventual kill, all with solemnity and simple nobility. There are deep currents here, but we’re given none of the details. We only see that the view we are given is compelling and interesting.

And then, something abominable happens.

Hunting Lands takes us smoothly into the viewpoint of a veteran recluse, living off in the woods, self sufficient and capable. This is no crazy writing a manifesto in a shack, he’s got some backstory that allows him a life of relative comfort and solitude. There doesn’t seem to be a desperation here, so much as a choice to be alone.

The woods and the snow are almost characters themselves.  Not a heart of darkness mood, more light and pure in it’s unspoiled white. The camera plays with focus, alternating between branches in blurred and sharp resolve.  The hunter moves through it, patiently, takes one quick kill, and then prepares the deer for transport. And as he returns homeward, he is witness to the final step in a crime, certainly the work of a different type of killer.

Hunting Lands keeps us solidly in the point of view of the hunter as he moves from forest to small city stalking the killer and learning his background. He drives through the slush of small town main roads, carefully observing his prey, slowly assembling the background and reasoning. And we explore right along with him.

The cinematography moves between the stark and beautiful shots of the woods, and the dirty and tawdry city streets and buildings.  Each draws us in with its own compelling power. The observation is done from afar, long camera shots from the hunter’s perspective, and most of the film has no dialogue at all. Instead we’re provided with vignettes and pantomimes that peel back a view into the killers likely motivation and opportunity. There is no one certainty here, the detective work is more a confirmation of suspicions than the discovery of a smoking gun. But there is some very compelling evidence that before the end something else will die.

It’s noteworthy to repeat that we are treated to just a few pages of conversation through the whole film, and that in turn lends itself to my one complaint. When these conversations finally happen, it feels like a cheat to the rest of the quiet power in the film. It’s an unfortunate deus ex machina where I wish the writer had continued to let us discover the truth from afar.  How much more powerful and creative would this have been if the whole film had been free of any spoken word, the story told only told through distant observation, like a hunter patiently sighting down through the scope of a rifle.  I don’t mean to say this is by any means a fatal flaw, just something I wish they’d explored.

So far, Hunting Lands is my favorite Cinequest offering. And it’s early enough that you should be able to work it into your schedule at one of the four showings over the next two weeks. 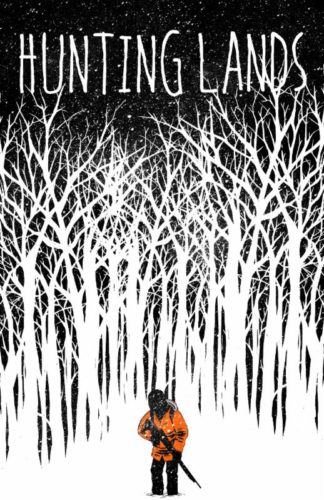