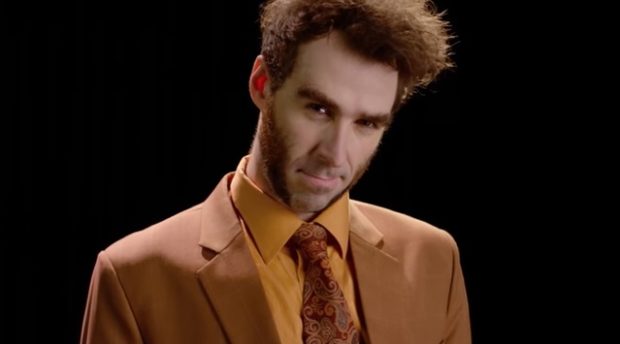 As Steve Martin famously said, comedy is not pretty. In the Cinequest Shorts Program, it’s hairy, it’s gross, and occasionally even romantic. That’s the joy of going to a film festival and seeing a series of shorts. You get all kinds of things and if one concept doesn’t make you laugh, there’s another coming shortly. “Something Funny” includes many different styles, from gentle romantic comedy to sharp satire, and yes, there are a couple of gross-outs, so don’t bring the kids.

In this program, you’ll meet “Bigfoot’s Love Slave,” the first of two hilarious music videos, which gets followed by the Hairy Soul Man (Australian comic Kai Smythe) who delivers his life philosophy that can be summed up in smooth sultry soul with the mantra, “F*** Everything.” I might not agree with his worldview, but he’s made a fan.

Several filmmakers make an impression in this line-up — you’ll be able to hear interviews in an upcoming podcast with Honora Talbott and Bill Posely, the creative team who threaten native Angelenos that “We Know Where You Live.” And for those of you who want sci-fi or horror, there’s also “Multiverse Dating for Beginners,” written and directed by Kelly Tatham, who also joined us for an interview. Both shorts aren’t just funny; they’re smart as all get out.

The shaggy dog entry is “Mixtape Marauders,” which started off as just a silly day in the life of a restaurant worker listening to his Discman, and then becomes something so much more. “We Summoned a Demon” is pretty much what it sounds like, but is so well done by director Chris McInroy that it still offers surprises.

There are more, but why ruin the program, when you still have time to see it at Cinequest this weekend?

Oh, all right. Here’s a little taste. But don’t watch it at work.