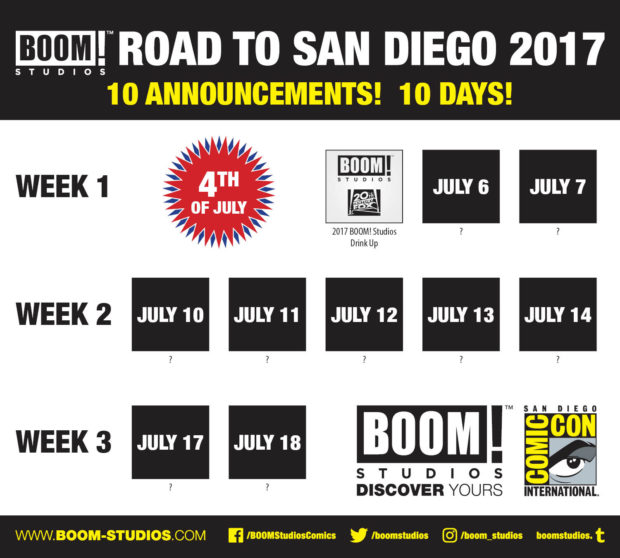 For a few years now, BOOM! Studios (one of my favorite publishers) has been hosting a party on the Thursday of Comic-Con. Initially, it was more that you showed up where people were, and folks from BOOM! were there, too. But this year, the publisher has more backing in that it’s now partially owned by 20th Century Fox. So if you make it to the booth in time, AND YOU ARE OVER 21,  BOOM! Studios wants to buy you a drink.

It’s a great time, and a reminder of what Comic-Con was supposed to be about — comics and fun. Founder Ross Richie is about pushing the medium forward, and comics are in his blood. They get it. Even if you don’t get the free drink, it will be a fun party.

BOOM! Studios is proud to announce they’ve partnered with Twentieth Century Fox Film for the 2017 BOOM! STUDIOS DRINK UP, the longest-running annual party open to fans thrown by a comic book company at Comic-Con International in San Diego. The annual event will once again be held on Thursday, July 20th beginning at 9pm at the Odysea Lounge, located on the second floor of the Hilton Bayfront Hotel.

To celebrate the most successful year in BOOM! Studios history, the company and Twentieth Century Fox Film want to buy the first 1,000 fans their first drink at the BOOM! Studios Drink Up for free! (Fans must present valid ID to show they are of legal drinking age to receive alcoholic beverages.)

Simply pick up a free party invitation/drink ticket from the BOOM! Studios booth (#2229) or the Fox booth (#4229) while supplies last and present it when you arrive at the Odysea Lounge for your free drink!

“The BOOM! Studios Drink Up at Comic-Con is unique because it’s THE party open to fans, creators, and professionals alike. It’s my favorite event of the year because it allows us to both catch up with old friends and make some new ones,” said Filip Sablik, BOOM! Studios President of Publishing & Marketing. “Our deeper relationship with Fox allows us take things to the next level in many ways, in this case to buy YOU a drink to say thank you for supporting the innovative comics published by BOOM! Studios over the years.” 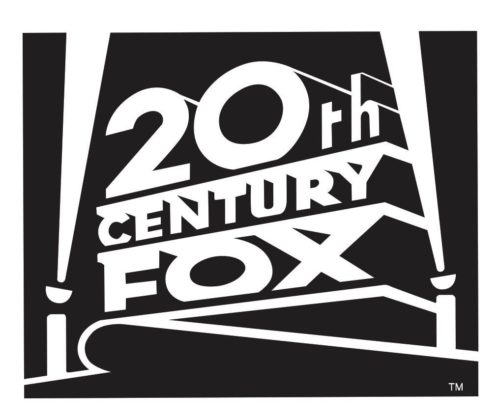 This will be the biggest San Diego Comic-Con for BOOM! Studios yet, with a brand-new redesigned booth featuring more creator signings, more limited-edition convention exclusives, and more dynamic and engaging panel programming.