BOOM! Studios promises ten days of announcements leading up to Comic-Con 2017, and in terms of making sure we have quality comics, so far so good.

BOOM! Studios is excited to announce the return of Dee Diesel in TYSON HESSE’S DIESEL: GEAR SHIFT SPECIAL, an all-new follow-up to the BOOM! Box imprint’s most successful original graphic novel. The one-shot will debut in comic shops in October.

“I can’t wait to continue telling Dee’s story as she faces a new world of danger and takes on real responsibilities for the first time,” says Hesse. “Gear Shift takes Dee and her crew in a totally new direction that I think fans of the first story will really enjoy!”

Dee’s journey first began on Tyson Hesse’s (Boxer Hockey) personal blog, when Dee and her fellow Peacetowne inhabitants were featured as original character designs. Inspired by “adventure manga like One Piece and stories about burgeoning friendships like How to Train Your Dragon,” Hesse created Dee, a young girl with an airship trying to live up to the legacy of her father, a world-famous pilot. Since then, Dee and her friends have gained a huge cult following and were first published in print via BOOM! Studios as a limited series in 2015 and an original graphic novel in 2016, Tyler Hesse’s Diesel: Ignition, which drew wide acclaim. 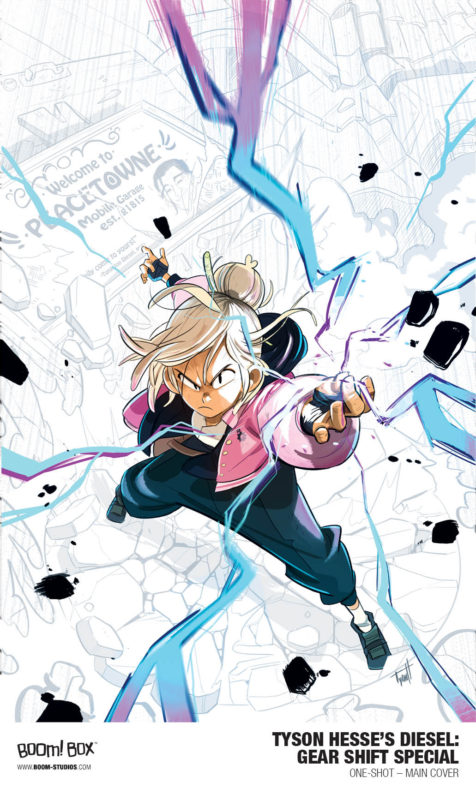 “Diesel: Gear Shift picks up right where Diesel: Ignition left off,” explains Hesse. “It’s a chance for fans of the first graphic novel to jump right in to the next story arc right away. Dee and Bull Diesel have reconnected with their lost crew and are on their way back home to regroup and prepare for the long journey ahead. But when they get back to Peacetowne, they uncover new clues that set them off in search of other Diesel brothers that could have answers to all their questions.”

“Diesel feels both completely fresh and totally timeless,” says BOOM! Studios Editor Shannon Watters. “Dee’s story is one that Tyson has held close to his heart for years, and it shows in the care and joy bursting from every page.”

Print copies of Tyson Hesse’s Diesel: Gear Shift Special are available for sale in October at local comic book shops (to find a shop near you, visit comicshoplocator.com) or through the BOOM! Studios webstore, and digital copies can be purchased from content providers including comiXology, Kindle, iTunes, Google Play, and the BOOM! Studios app. 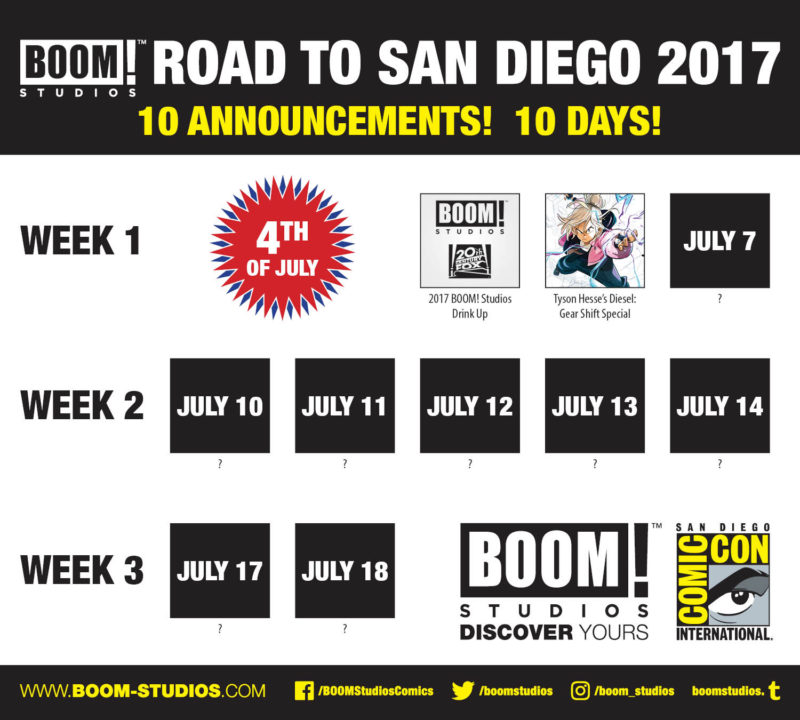