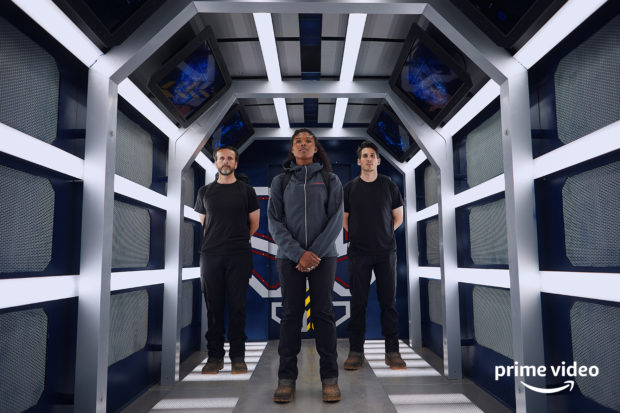 Climb aboard the Rocinante and travel to an unexplored world. Walk the streets of a Victorian-era city where humans and faerie co-exist — but just barely. Investigate a crime scene — or a cover-up — where a superhero let his powers go to his head. Oh, yes, and enjoy a churro.

Such opportunities await at this year’s Amazon Prime Video Experience at Comic-Con, located at the corner of MLK and 1st in downtown San Diego. Giving attendees a taste of The Expanse, The Boys, and Carnival Row, each individual experience offers varying degrees of interactivity. In addition, a tall tower ties the exhibit together in the center, looming over each experience, and featuring short stunt shows themed to the series being touted.

For The Expanse, you board a ship and are given a spiel similar to the video below. (Amazon did a terrific job of quickly filming and editing these onsite — these are the sets and the actors you will interact with.

Once you have achieved planet fall, your team disperses and questions different groups of Belters on what they know. It’s also possible that the answers they give hold secrets from the upcoming fourth season. Granted, you can still see the buildings of the Gaslamp District over the fence, but walking among “alien ruins” still works fine, especially as the heat from …something… down below sends plumes of steam through the surface.

It might be the most confrontational of the experiences, as you’re told to ask questions. But the actors quickly bring you into their script, and will accept your silence as a cue to keep going. If you’re lucky, you’ll be brought into a scheme to help a political prisoner escape — though it all comes back together for a final group confrontation and evacuation. 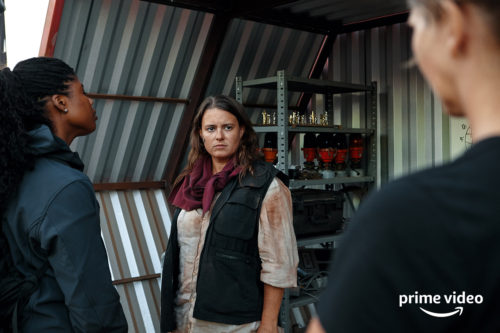 After leaving The Expanse, you can pause for a snack. As mentioned above, churros are available, as are pretzels and apples, though those turn out to be souvenirs from Amazon’s recent Good Omens release. Good thing Netflix cancelled that show.

Refreshed, head over to Carnival Row and choose whether you wish to be considered human or beast, one of the “mythical” creatures forced to live among humanity. 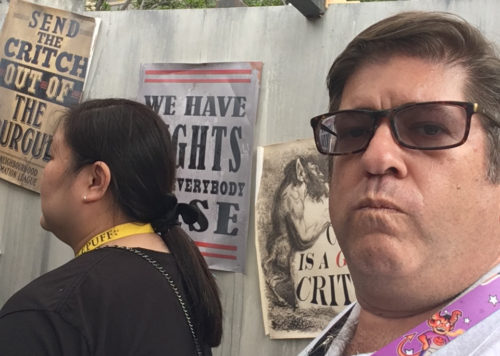 It’s clear humanity isn’t happy about it, either, considering the “critch” to be lower than they. As all visitors get drawn into a nightclub, inhabitants leak tidbits about the show, which stars Orlando Bloom and Cara Delevingne as star-crossed lovers — he a police inspector, and she a fae.

What we can tell about the show is that it’s stylish, with subject matter that always piques our interest. It’s the easiest exhibit to just observe, though characters will push a little bit. Mostly, you can listen to some terrific singing from the owner of the club. The plot is also easiest to follow, countered by the lushest of production design. 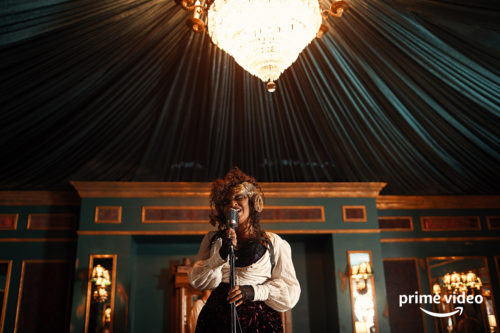 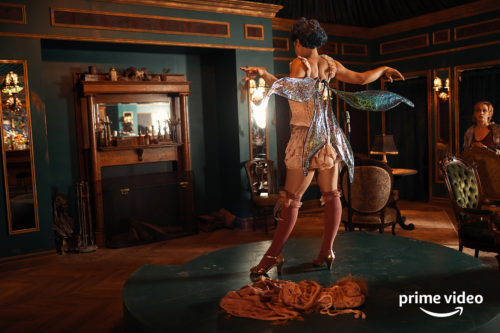 Outside, there’s a photo op for you to (temporarily) earn your fairy wings. Or you can just take a souvenir pair of cardboard wings for fun, that also includes a Snapchat code (all three activations have one). There’s also a cosplay corner, where professional photographers await to give your costume, should you have one, an extra frisson of glamour.

Finally, there’s The Boys, rough, loud, and aggressive, as the show based on Garth Ennis and Darick Robertson’s comics series should be.

Pulled in by “Hammer,” attendees have to find a variety of clues to determine what happened at this electronics store. There’s a decent bit of world-building, and possibly the easiest scenario for the actors to improvise around. They have a bit of back story, but it’s close to a realistic situation. This allows them to really give in and sell the roles. It takes a violent turn, as you might expect for The Boys, but it’s fun. 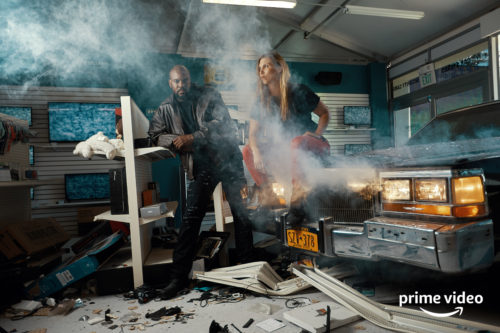 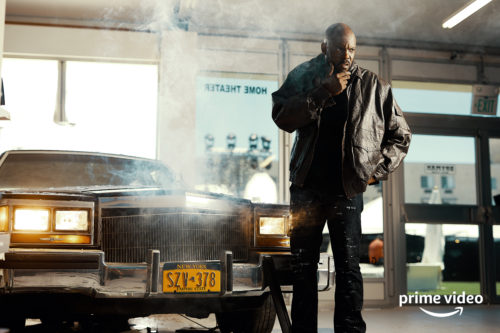 It’s likely that you’ll want to set aside a couple of hours for this, give or take 30 minutes due to lines. It’s a neatly self-contained morning or afternoon for convention-goers, and I’ll admit, it got me more interested in watching Carnival Row. I already knew I wanted to give The Boys a chance (Amazon will also screen its first episode Friday night), and The Expanse is one of the best science fiction shows you’re not watching, unless you are watching it, and then… well, it’s one of the best science fiction shows.

All photos (except one) courtesy of Amazon Prime Video.