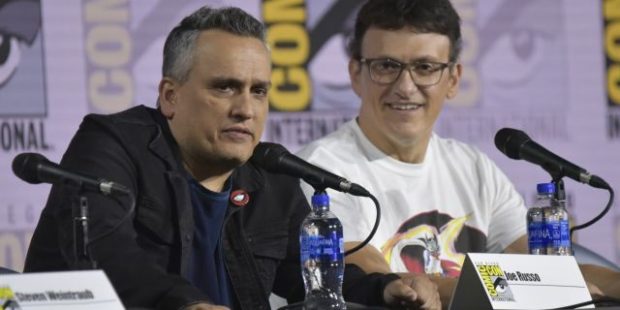 You destroy half of all life in the universe, then a year later (or five) bring it all back. You’d think that maybe you’d want a vacation. Instead, Joe and Anthony Russo formed a production company, AGBO, and started thinking “what else do we want to see that only we can make happen?”

At Comic-Con on Friday, they announced the first few answers to that question, and they go deep into fanboy excitement. The biggest news is that finally we’ll get a live-action Battle of the Planets. That’s finally, because we’ve had a few attempts announced before — I think I even still have a Gatchaman watch given out at a long ago Comic-Con. They’ve got less genre-specific projects coming, too: 21 Bridges opens shortly, a crime conspiracy thriller starring Chadwick Boseman, Tom Holland taking a dark turn in Cherry, and Michael B. Jordan in a reboot of The Thomas Crown Affair. 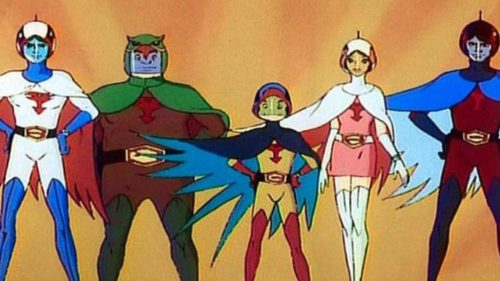 But as if making some of the greatest Marvel movies there may ever be wasn’t enough, the Russo Brothers proved their comics cred by announcing they’ll be producing Grimjack. Don’t know it? We do, and we’re here to help.

First appearing in the early 80s as a back-up in Mike Grell’s Starslayer from First Comics, Grimjack takes place on Cynosure, one of those dark and difficult Nexuses of All Realities. Magic and science collide, and don’t get along well at all. Mercenary for hire John Gaunt, aka Grimjack, understands that in a world where technology works on one side of the street (literally) and not on the other side where magic works, a sword and an attitude can be consistently effective. 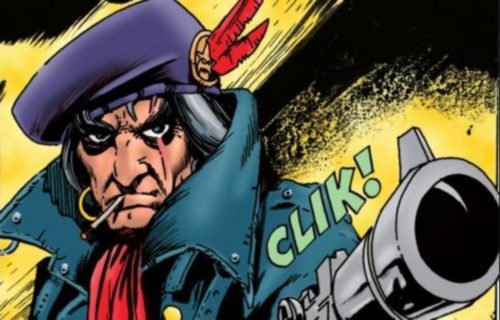 C0-created by writer John Ostrander (Suicide Squad) and Timothy Truman (Hawkworld), Grimjack was a series where almost anything could happen, and usually did. The book had a brief revival at IDW, and is currently being reprinted by ComicMix. Thanks to ComicMix production manager Glenn Hauman, we have a direct link to the omnibus editions below.