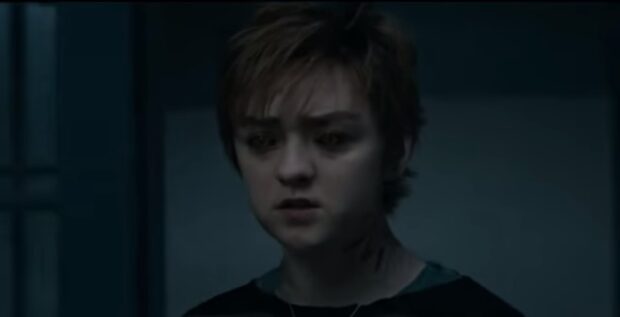 UPDATE: According to a D23 newsletter,

There’s a seriously electrifying new addition to the Marvel Cinematic Universe, and it comes in the form of the latest from Twentieth Century Fox and Marvel Entertainment…

That doesn’t change the speculation below; it pretty much confirms it. However, just as much of the general public hasn’t really split the difference between Marvel Studios and other studios making Marvel movies, it’s possible that it’s just a publicist being eager with copy, without actually having seen the film. I’ll still take it with a grain of salt until Marvel Studios chief Kevin Feige confirms it, but I would also like to have been prescient.

The New Mutants is an original horror thriller set in an isolated hospital, where a group of young mutants is being held for psychiatric monitoring. When strange occurrences begin to take place, both their new mutant abilities and their friendships will be tested as they battle to try and make it out alive. Take a look at the recently released trailer, above.

It’s still coming out under the 20th Century Fox banner, but let us emphasize — it’s still coming out. Yesterday, the Disney-owned Fox dropped a trailer for The New Mutants that looks… good. Scary, different, and maybe without a connection to the X-Men if you didn’t know that originally this team was a spin-off from that book. It may be completely standalone — and as it’s been in the vaults for three years it may have to be — but Disney is still developing Deadpool 3, so… could this be a backdoor for mutants to enter the Marvel Cinematic Universe? After all, Dani Moonstar (Blu Hunt) ended up a Valkyrie in the comics, and Tessa Thompson’s Valkyrie could be looking for new recruits in Thor: Love and Thunder… assuming Dani survives this movie.

The New Mutants looks to be tightly contained, five mutants in a haunted hospital. So the events of the outside world (like alien invasion) really wouldn’t affect them. And I’ve been waiting for superhero movies like this to return — smaller scale, tighter stories where the stakes remain personal and hopefully don’t end with a giant whirlpool in the sky. For the first time in this film’s troubled existence, I’m actually looking forward to its release.

This looks to have a healthy blend of Chris Claremont and Bob McCleod’s original concept with Claremont’s later collaboration with Bill Sienkiewicz. Anya Taylor-Joy makes for a frighteningly accurate Illyana Rasputin (aka Magik), and Charlie Heaton may not quite look like Sam Guthrie (“Cannonball”) but has the demeanor. As Rahne Sinclair, Maisie Williams almost looks like she stepped out of the comics.

The admittedly bewildering problematic pieces: both Alice Braga and Henry Zaga are playing characters who in the comics are black, but the actors themselves clearly are not. Writer/director Josh Boone may have done many, many things right with this — I really do have hope — but the casting (despite the actors’ talent) there is disappointing.

The New Mutants arrive in theaters on April 3, 2020, under the 20th Century Fox banner.

Fanboy Planet is an affiliate of Amazon. Any purchases made through links on this site may generate revenue for us.