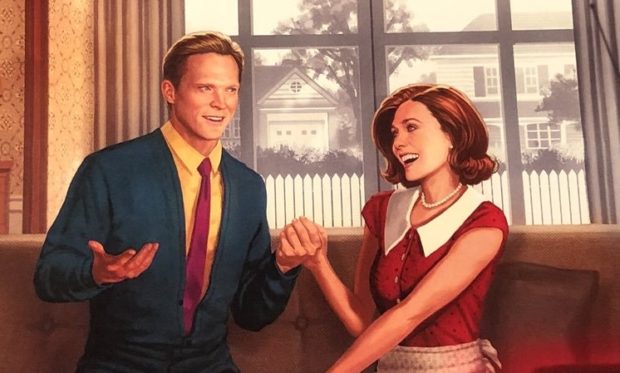 On Friday at D23, we got a little more information about Marvel Studios’ offerings for Disney+, with a special focus on the show WandaVision. Once again promised that there would be a heavy dose of ’50s sitcoms, fans suspected there would be a dark undertone — and how could there not, when the Scarlet Witch’s next appearance would be in Doctor Strange in the Multiverse of Madness? Concept artist Andy Park confirmed that, too, with his artwork that was given out by Marvel at D23. 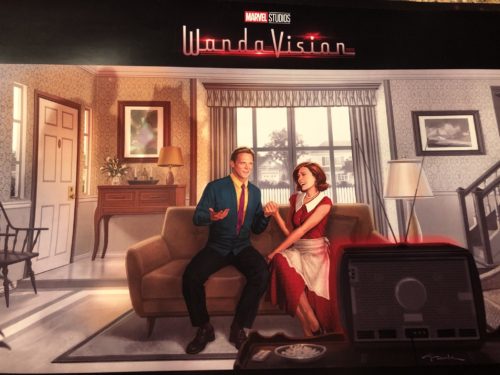 Though a wonderful domestic scene in the foreground, definitely representing the “normal” life both Wanda and the Vision yearned for, note the shadow in the back. It’s even got the Scarlet Witch’s iconic headgear. How Kat Dennings and Randall Park fit into this is anybody’s guess, but if Wanda has reality warping powers, it wouldn’t be surprising if many ancillary members of the Marvel Cinematic Universe get caught up in her dream.