Walt Disney Animation section kicked off their section of the D23 movie panel with the announcement of Raya and the Last Dragon for a Thanksgiving 2020 release.

Adele Lim (Crazy Rich Asians) is penning the southeast Asia-inspired fantasy adventure which will use themes and design from the region with the filmmakers trying to infuse the work with cultural authenticity. Paul Briggs and Dean Wellins will direct.

Set in a mysterious land called Kumandra, the story blends classic Disney and kung-fu movies. Kumandra is split into five sections, and Raya is a warrior on the search for the last dragon to save everyone.

Cassie Steele will play Raya while Awkwafina voices Sisu, a magical water dragon who will initially appear as an older woman who needs Raya’s help to turn back into her blue, pink, and white creature form. The film focuses on the importance of community.

Saving arguably its biggest film preview for the end, Animation Studio Head and Co-Director Jennifer Lee introduced Frozen 2. Evan Rachel Wood and Sterling K. Brown were officially announced as members of the cast, while the original four came out to sing a new song from the Oscar and Tony Award winning husband and wife composer/lyricist team of Kristen Anderson-Lopez and Robert Lopez. 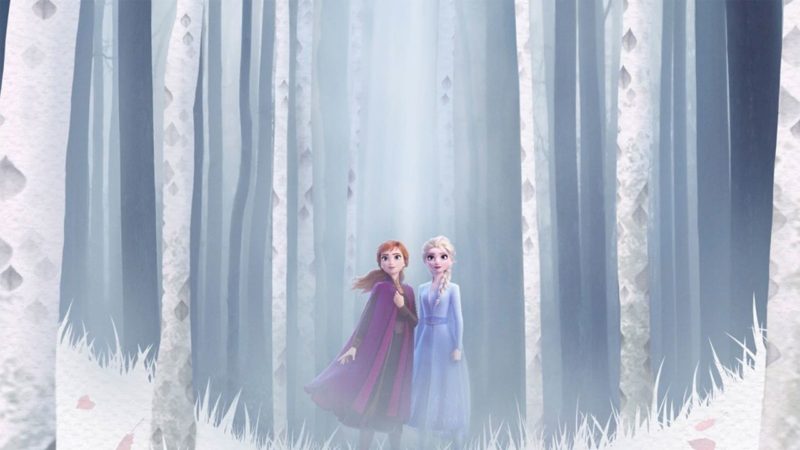