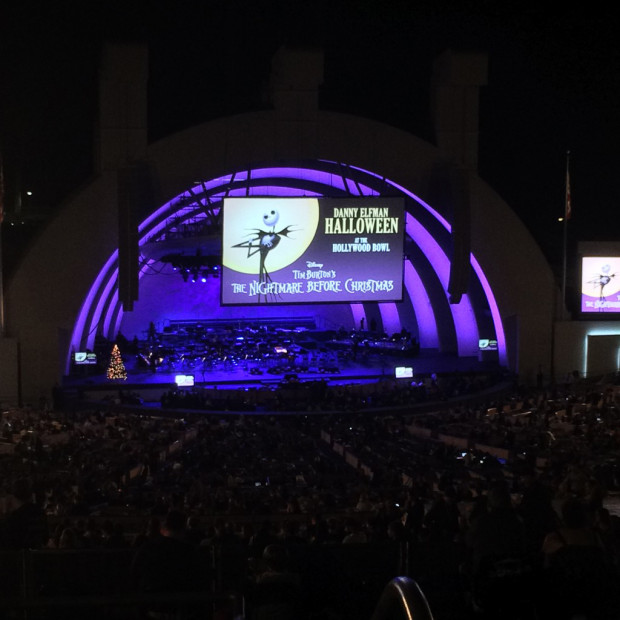 All hail the Pumpkin King. Anyplace other than the Hollywood Bowl on Halloween weekend, that cry would be a cause for alarm. For two nights in Hollywood, however, it meant that Jack Skellington had donned his crown once again, backed up by conductor John Mauceri and the Hollywood Bowl Symphony. 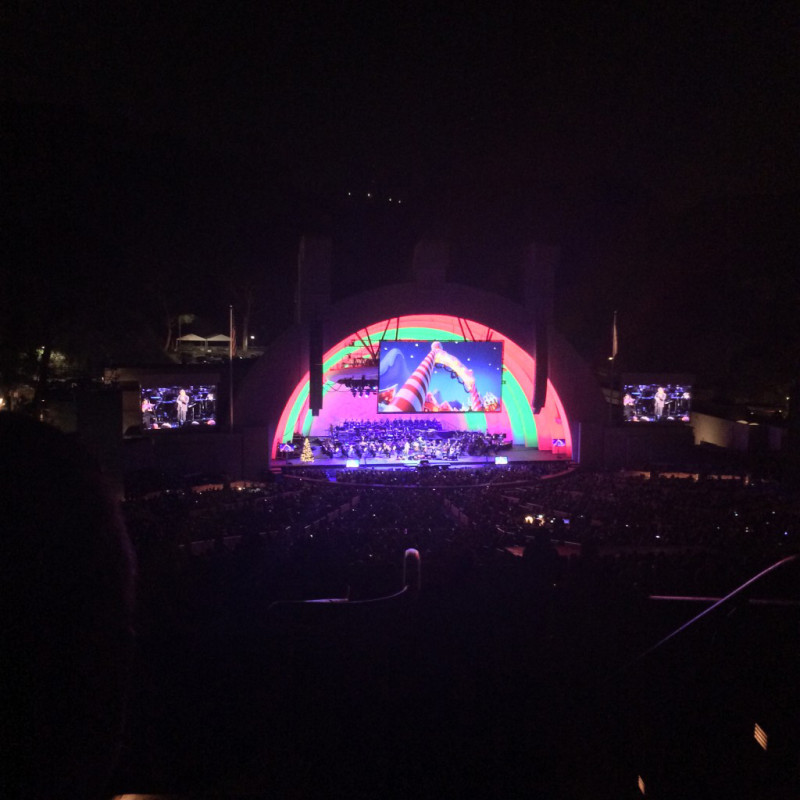 Though PBS was showing a similar concert on Live From Lincoln Center, this event would be different: for the first time in the US, composer/singer Danny Elfman would assemble a cast and sing through a showing of The Nightmare Before Christmas. Though hearing loss had long dimmed Elfman’s desire to perform onstage, it sure didn’t show as he strutted and preened in the role of Jack. Only rarely out of sync with the movie on the screens, he clearly hadn’t lost a step.

But that’s getting ahead of the action.

The Hollywood Bowl turned this into a fun family event, with Trick or Treat candy stations placed strategically outside the amphitheater. Fans could take a free green screen photograph, and compete in a costume contest that was broadcast throughout the Bowl, with finalists brought onto the main stage about half an hour before the concert. Perhaps it’s no surprise that The Nightmare Before Christmas has a community feel to it, which Elfman and creator Tim Burton might not have predicted. 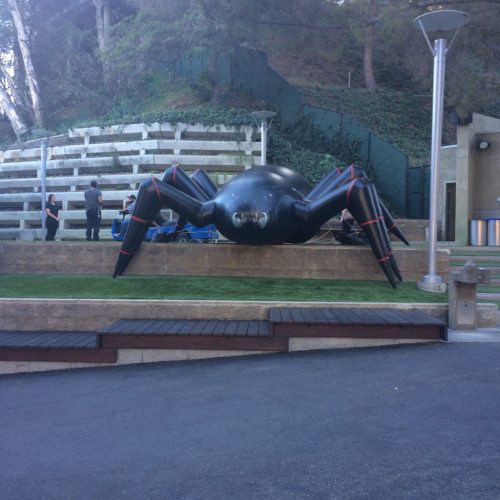 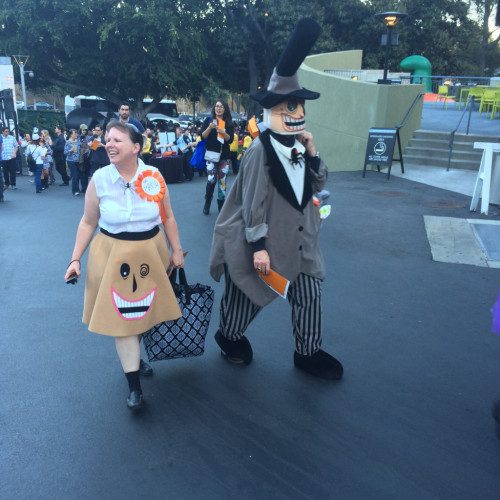 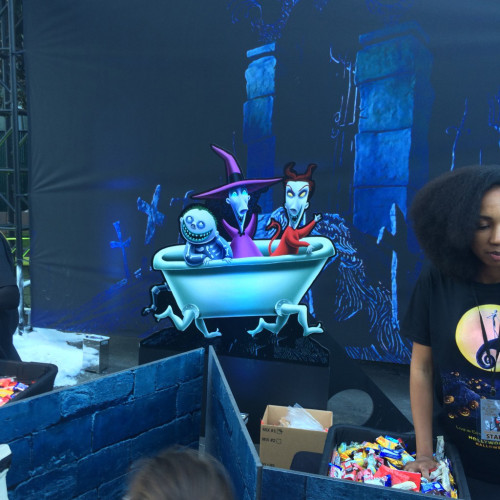 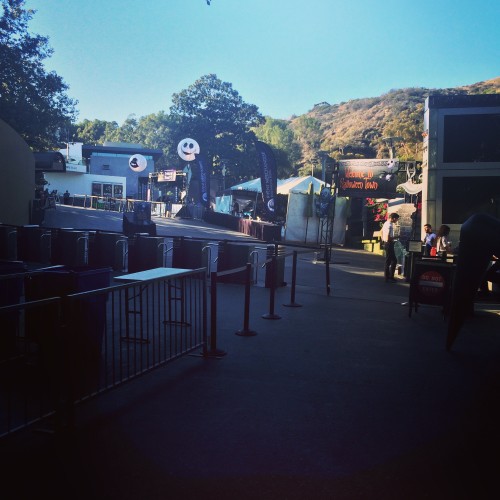 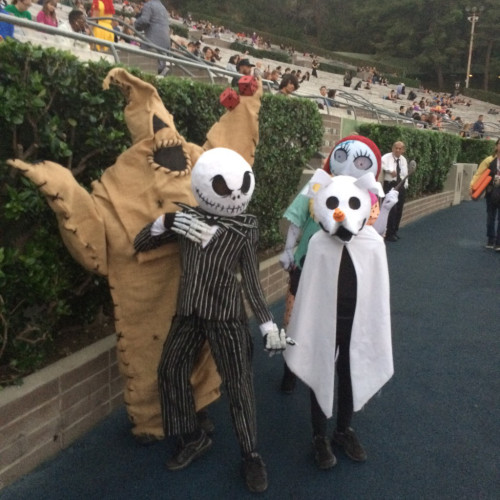 When you watch the film in context of Elfman’s career, it’s not hard to see the parallels. Jack Skellington wants to move on to something other than his role as the ruler of Halloween, just as Elfman seemed to be tiring of his role as leader of Oingo Boingo. But like Jack, working through the process onstage this weekend seemed to revitalize Elfman, albeit 20 years after retiring the band.

He drank in the appreciation of the crowd, who were no doubt mostly hardcore fans. It was also clear he has affection for Mauceri, and his original cast mates who joined him onstage — yes, Catherine O’Hara entered to sing the role of Sally, and Ken Page delightedly and delightfully recreated Oogie Boogie. On Saturday night, Paul Reubens came out in an encore to reprise his role of wicked trick or treater Lock, but Sunday night he was on a film set — his new Pee Wee Herman movie for Netflix, perhaps? 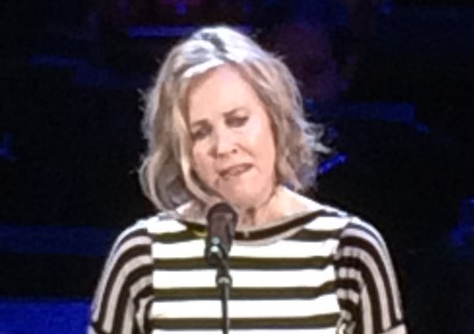 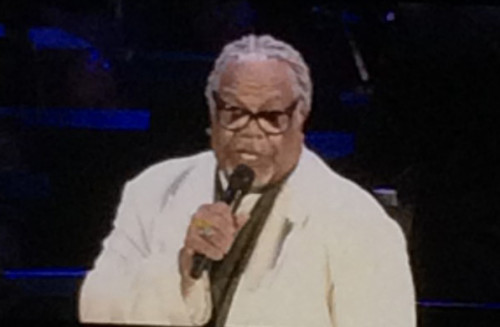 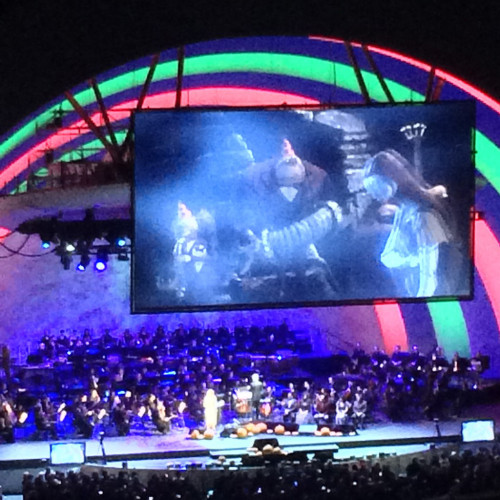 Elfman begged our forgiveness as he also performed “Oogie’s Song” in an encore, saying that composers always want to sing their own songs. But if anybody had been bothered by that (it was interesting, but sorry, Page still rules in the role), all was forgiven when Elfman came out for a second encore clad in a black t-shirt and carrying an electric guitar.

Yes, for the first time in 20 years, Elfman sang an Oingo Boingo song. Joined by Steve Bartek, a key member of the band and still the orchestrator of Elfman’s compositions. And then they played “Dead Man’s Party,” on the 20th anniversary (to the day) of the last time they had performed it. 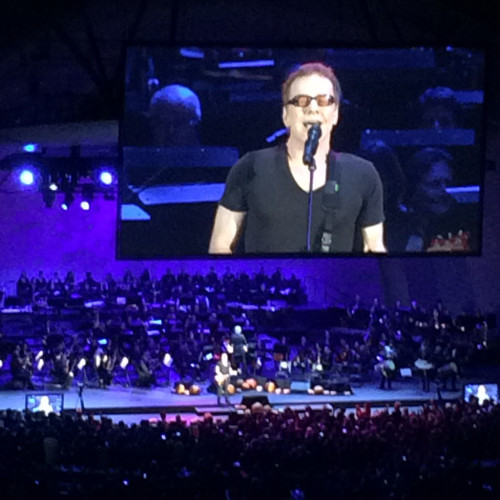 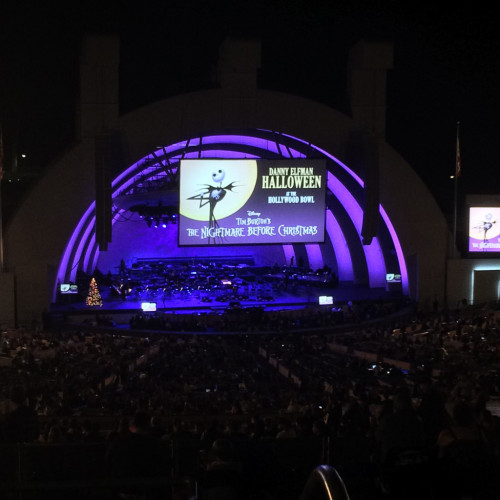 For me, the only thing that would top a full on Oingo Boingo reunion would be if Freddie Mercury were to return from the grave and tour with Queen. Neither is likely to happen, but this weekend opened the door of hope a crack that maybe, just maybe, technology has improved enough, and Danny Elfman felt the love enough, that his hearing loss could be overcome and we could get one more tour.

If a talking Jack O’Lantern can dream of being Santa Claus, a fan can dream that one of his favorite bands would get back together.