After the monumental battle with The Master at the end of season three, Russell T. Davies and his creative team had a hard act to follow. The decision to drop Martha Jones (Freema Agyeman) at the end of the series (she appeared in season two of Torchwood and will join the cast permanently in season three) meant that the Doctor needed a new companion for season four.

Controversially, they opted to bring back Donna Noble. The co-star of the Christmas Special ‘The Runaway Bride’, British comedian Catherine Tate’s appearance wouldn’t have been the first choice of Whovians, but it looks like we have our new companion for this season. 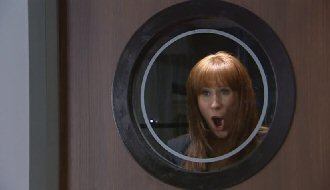 This is a new Donna, however, one who has become obsessed with finding the Doctor again after stupidly turning down the Time Lord’s offer to join him in the TARDIS. She has become an investigator of the strange and bizarre, hoping that the Doctor will be looking into these occurrences and that they will meet again. She seems more focused and less annoying than she was in the special, which should diminish many of the fears that fans had for the new companion.

Just as every episode of a new season, this is an introduction show were we are reintroduced to Donna’s mother Sylvia, played again by Jacqueline King, and her grandfather Wilfred Mott, played by the British comedy great and 60s/70s/80s children’s favourite Bernard Cribbins.

We also have a guest villain in the shape of Miss Foster, played by former Coronation Street soap star Sarah Lancashire. She is the woman behind a new diet wonder pill, under which you may lose a kilogram a night. You will be amazed and wondering what the marketing people will think of next, as it revealed how the weight is actually lost. 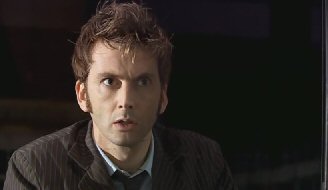 With David Tennant extremely comfortable in his role, Doctor Who season four has a solid start. With this being just an introductory episode, the tone of the season is not really set but there is a big clue as to where it might be heading and the people who could be involved in what is bound to be a gripping conclusion.