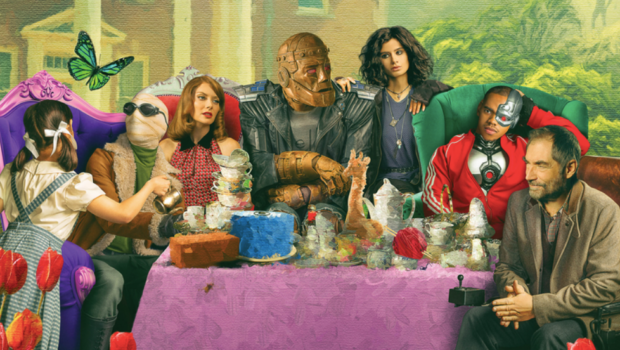 They saved the world from Mr. Nobody and an evil cockroach. Along the way, they even (sort of) fixed themselves emotionally, or at least made a few strides toward it. And then the Doom Patrol got so popular that other branches of WarnerMedia noticed them. Season 2 of one of the wildest and yet truest to its comics roots hits TWO streaming services on June 25. Both DC Universe and the just-launched HBO MAX will carry the series — and both have Season 1 in their back catalogs.

Drawing largely from the Vertigo Comics run by Grant Morrison and Richard Case (with a strong carryover from Erik Larsen), season 1 saw the team searching for their leader, Niles Caulder (Timothy Dalton), who had been kidnapped by Mr. Nobody (Alan Tudyk). After rescuing their Chief, saving the sentient gender-fluid Danny the Street, and restoring order to this dimension, they discovered that Niles has a daughter. Season 2 will deal with that, putting Dorothy Spinner (Abigail Shapiro) front and center. 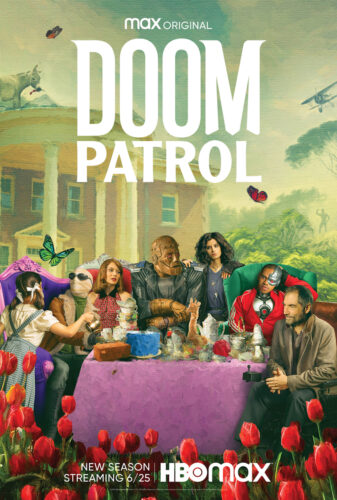 Though she’s not Niles’ daughter in the comics, it’s a decent change that gives “the Chief” a better motivation and might offer him a redemption arc that modern comics only toy with. Dorothy’s face wasn’t shown at the end of Season 1, but the posters make it clear — her character design comes right from Case’s comics art. And yes, the posters give off a strong Wonderland and Oz vibe, but considering how out there Season 1 got, the Doom Patrol is likely to get weirder than Baum and Carroll combined.

The rest of the cast returns as well, and if you haven’t watched Season 1 yet, you should. Aside from Tudyk giving the performance of a lifetime (but he always does), Matt Bomer (Larry Trainor, Negative Man), Brendan Fraser (Cliff Steele, Robotman), and April Bowlby (Rita Farr, Elastigirl) absolutely own their roles. As Crazy Jane, Diane Guerrero runs with several roles, as her many personalities are distinct and mostly dangerous. Despite often track-suited, Joivan Wade got the chance to breathe full life into Victor Stone, aka Cyborg in a way that Ray Fisher never got to in cinemas. 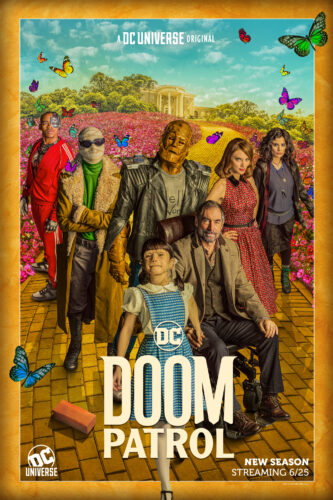 It’s weird. But it’s also a tremendously moving show about damaged people doing the right thing. And if that isn’t the kind of entertainment we need in 2020, I don’t know what is.