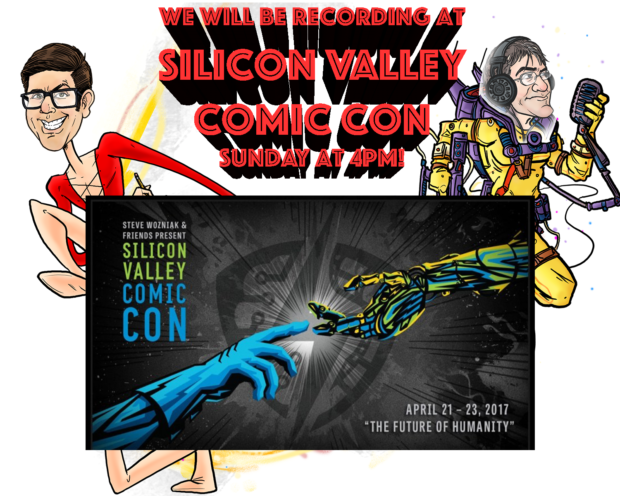 Join our Live Studio Audience this Sunday at 4PM!

A flash from the past as we record live at Paul Cunha’s Star Wars themed 7 Stars Bar and Grill with Thanks But No Thanks Productions’ Lon Lopez!

– What if you rewrote the history of your comics universe? And what if both DC and Marvel were doing it?

– David Walker returning to the Planet of the Apes in July for BOOM! Studios

– How much Guardians of the Galaxy news can come out in one week?

– Captain Marvel finally has a director — or two

– All the things Freeform told us about Marvel this week

– Nintendo, what are you doing?

Make sure to drop by Sunday, April 23 at 4PM at Silicon Valley Comic Con and join our LIVE STUDIO AUDIENCE!