Sure, DC Comics has had a successful “Rebirth.” According to sales figures, the entire comics industry has seen a 9% growth every year since 2011. Yet retailers have seen individual sales go down, and DC Comics Publisher Dan DiDio places the responsibility for that squarely on the publishers. He admits that there’s too much product out there that people simply don’t want to buy, and it’s time to change that — especially when it comes to introducing new characters that will resonate with fans.

And so, at the Diamond Summit 2017 today ahead of C2E2 (Chicago’s major pop culture convention), DC Comics has officially announced Dark Matter — as the product of their “Master Class,” a program to team top artists with top writers and get them to work in true collaboration to create the next wave of great DC books.

What does that mean? From what the artists have to say in the announcement video (notice the writers aren’t there), it’s more in line with what the industry used to call the Marvel method. Instead of a full script from the writer, the artist will work from a plot description and draw the book from there, determining camera angles and layouts. After the book is drawn, then the writer would add captions and dialogue. At its best, you get a collaboration like Stan Lee and Jack Kirby, both of them already seasoned veterans when they started the Marvel Age.

Every artist in this Master Class is a veteran, with several well-known books under their belt — including DC co-publisher Jim Lee.

“What excites me most is that this series of books takes full advantage of the talent and vision of the creative team,” says DC Publisher Dan DiDio. “Comics are a visual medium and with these titles, the artists are working hand in hand with the writers in shaping the look and direction of their characters. In reaffirming the craft of making comics, we’ve brought together a master class of talent, led by Greg Capullo, Andy Kubert, Jim Lee and John Romita Jr., to help set the style, tone and visual direction for these books. With these four industry giants taking the lead, I feel we can bring the power and energy expected from superhero storytelling back to the page.”

The writers announced are Dan Abnett, Tony S. Daniel, DiDio, Justin Jordan, Kenneth Rocafort, Scott Snyder, James Tynion IV, and Robert Venditti. They’ve all made their mark on DC books in particular over the last ten years. DiDio is the sleeper for me; he’s not really primarily known as a writer, though he’s certainly experienced. While I haven’t always liked his ideas, he always reaches way out there — and I’m still sad that of all the New 52 books that fell away, his goofy, wonderfully insane OMAC didn’t have a chance to flourish. 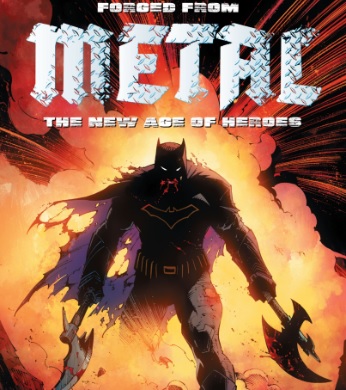 The initiative will begin with Batman, in three previously announced but mysterious books — Dark Days: The Forge, Dark Days: The Casting, and Dark Nights: Metal. The last title will be written by Scott Snyder with art by Greg Capullo (the team that gave us one of the greatest Joker runs ever), while they collaborate with all of the Master Class for the first two. The titles will tell “…a story that will examine every choice a hero doesn’t take and every path they don’t walk, opening up worlds that are forged by nightmares.” New characters will spring out of this.

The Dark Matter books are as follows:

THE SILENCER
Debuting in September
Written by Dan Abnett with art by John Romita Jr.
Honor Guest was the world’s deadliest assassin, until she traded it all for a chance at a “normal” life in the suburbs, free from the constant death and destruction. But as her former life comes back to haunt her, Honor must strip away her suburban persona and protect her family as THE SILENCER. 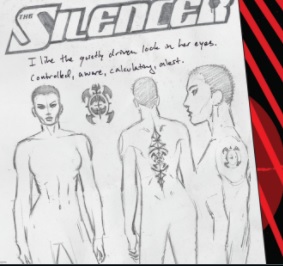 SIDEWAYS
Debuting in September
Written by Dan DiDio and Justin Jordan with art by Kenneth Rocafort
Forever changed by the events of DARK NIGHTS: METAL, a teenager struggles to live through high school as he comes in contact with Dark Matter and gains the power to teleport through the Dark Dimension. But each leap brings the new hero one step closer to succumbing to the allure of his new power and its dark origins. 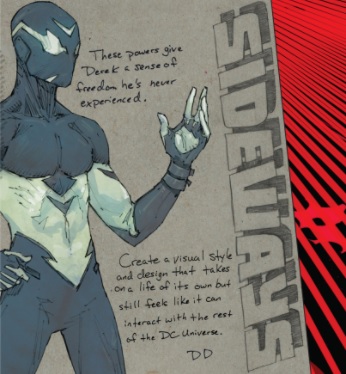 IMMORTAL MEN
Debuting in October
Written by James Tynion IV with art by Jim Lee
Born at the dawn of time, five siblings find that with eternal life comes eternal war. As the forces of destruction march into the modern world, they operate from the shadows, recruiting the elite against the foes who seek to bring about Armageddon. They are humankind’s hope sprung eternal….they are the IMMORTAL MEN. 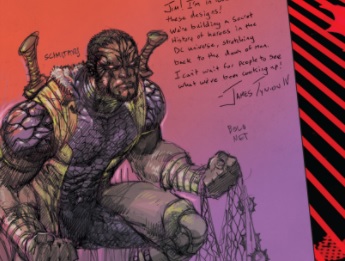 (editor’s note: In previous versions of the DC Universe, there has been the Immortal Man, briefly a member of “The Forgotten Heroes in a pre-Crisis universe, and often the sworn enemy of Vandal Savage. This looks like a flip of the concept, and without the disturbing element of his only technically being immortal as he would leap from body to body after every death.

DAMAGE
Debuting in October
Written by Robert Venditti with art by Tony S. Daniel
Ethan Avery only wanted to serve his country, but promises of becoming the ultimate weapon leave the new recruit living a nightmare. Cursed with the ability to unleash an unstoppable monster for one hour at a time, Ethan only wants to live out his life in peace. But if he can tame the monster inside, it might just be able to do more good for the country than Ethan ever expected.

(Editor’s note: This would be the SECOND DC character called Damage; the previous one was a teenager with explosive powers who ended up being horribly scarred and in general horribly handled.)

NEW CHALLENGERS
Debuting in December
Written by Scott Snyder with art by Andy Kubert
Characters live on borrowed time, running from death toward the greatest mysteries, wonders and terrors of the universe! It’s a new cast, new mission, but in conversation with the history and greatness of the original Challengers of the Unknown. The story starts with Challengers Mountain returning after having been missing for years, and only gets wilder from there… 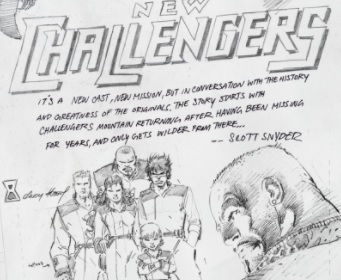 A slightly better look at the characters is available in an online “ashcan” on DC Comics’ website. It’s mostly sketches and notes from the creators about the development, but it’s a taste.