Look up Milana Vayntrub on Google, and an information box tells you she’s known for playing the character Lily Adams on AT&T commercials. That’s about to change, because Vayntrub landed a role that has been subject to speculation for a couple of months — Squirrel Girl, the leader of the New Warriors in the next Freeform Marvel show, New Warriors.

Going straight to series sight unseen, the 10-episode first season of New Warriors will follow six young superheroes making their way through life, relationships, and fighting evil. It’s a comedy, striking a different tone from the network’s other Marvel adaptation, Cloak and Dagger.

For those unfamiliar with Squirrel Girl, it’s a perfect role for Vayntrub, who has landed the role that Anna Kendrick wanted. It sounds like the television take on Doreen Green maintains the heart of the character — a “super powered fan girl with the powers of a squirrel,” which both accurately describes Squirrel Girl and yet falls short. The Hollywood Reporter blurb includes Doreen’s optimism and her pet squirrel, Tippy Toe (sorry, Monkey Joe). But it leaves out the idea that somehow, with only the powers of a squirrel, Doreen has beaten both Thanos and Galactus. 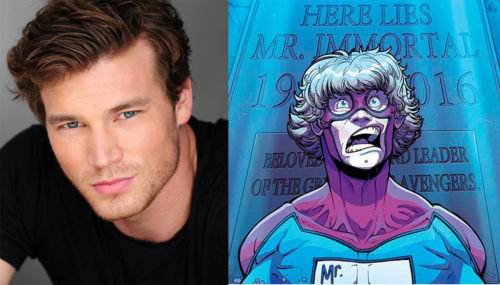 Also cast is Derek Theler as Mr. Immortal, Craig Hollis. Like Squirrel Girl, his main group affiliation is actually the Great Lakes Avengers. In comics, he is exactly what the name sounds like, unable to die, which puts him between manic and depressive. For the television series, Mr. Immortal’s power may be more theoretical — no one’s actually seen proof of it, only that he’s in no rush to do anything heroic since he has nothing but time.

Jeremy Tardy will play Night Thrasher, in comics the initial founder of the New Warriors. Calum Worthy plays Robbie Baldwin, aka Speedball, and I’m not 100% positive that code name is going to make it to television. However, at least in comics, he has been Squirrel Girl’s main love interest. Matthew Moy plays Microbe, and Kate Comer is Debrii. 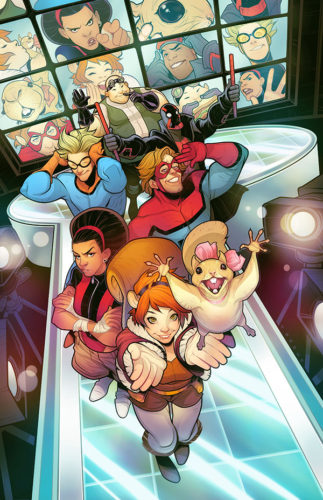 The latter two are characters with powers that seem somewhat ridiculous — Microbe communicates with bacteria (though that could be turned into something pretty powerful in an age of diminishing antibiotic effectivness), and Debrii is telekinetic, but can only move tiny objects.

New Warriors is set to debut on Freeform sometime in 2018. The Disney-owned network for “Becomers” has not specified whether or not it will be a companion piece to Cloak and Dagger, or if the shows will be successive.