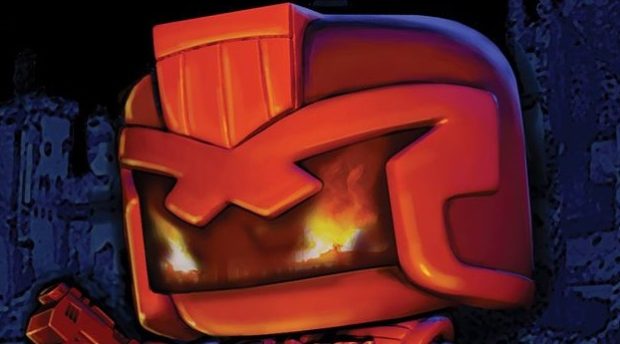 To say that Pop! Vinyls have become a hit amongst collectors is an understatement. It’s like saying that a few people like Star Wars. Since most of their figures, however, are licensed characters from elsewhere, I didn’t think the world was clamoring for comics. But if Marvel can make Tsum-Tsums fit into continuity, then somehow, IDW can make Funko characters work, too. They’re good at that sort of thing.

And as one one-shot is confirmed to be Judge Dredd written by John Layman, I will vouch it’s going to work. He’s good at that sort of thing.

Get your FUNKO on this May! The insanely popular Pop! vinyl figures have successfully reshaped the collectibles landscape and are now primed to take comics by storm in a special month-long event from IDW Publishing. FUNKO and IDW are combining forces to bring fans FUNKO-ized versions of some of the most recognizable and beloved characters in all of pop culture.

“FUNKO’s popularity is off the charts, and IDW is excited to bring these characters to life in comic book fashion,” said Greg Goldstein, President and COO, IDW Publishing. “We’re thrilled to expand our relationship with FUNKO with this unique event.”

“Funko collectibles began in comic book shops. We’re thrilled to get back to our roots in this one-of-a-kind collaboration!” said Ben Butcher, Vice President of Creative, Funko.

“The marriage of IDW’s powerful storytelling ability with the exuberant style of the Funko brand is a perfect match and we can’t wait for fans everywhere to see what we’ve created!”
said David Hedgecock, Editor-in-Chief, IDW Publishing. 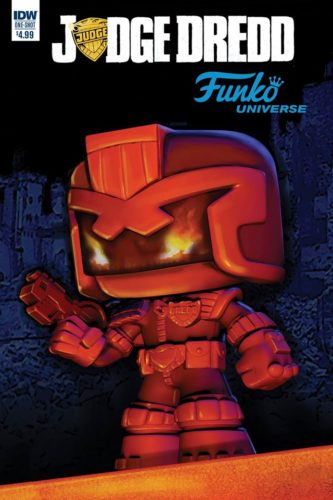 The fun of FUNKO UNIVERSE MONTH will also extend beyond the core titles above to include special variant covers for Back to the Future #20, Orphan Black: Deviations #3, Dirk Gently: The Salmon of Doubt #8, Star Trek: Boldly Go #8, The Powerpuff Girls: The Time Tie #1, Donald Duck #20, Mickey Mouse #20, Walt Disney’s Comics & Stories #738, all hitting comic shops this May.