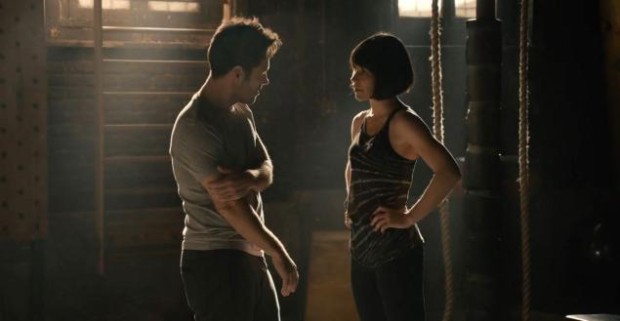 We shouldn’t be surprised. Though Ant-Man may not have been the huge blockbuster that Guardians of the Galaxy was, the offbeat superhero heist film from Marvel did respectable business, and everybody likes Paul Rudd as Scott Lang. And everybody wants to see Evangeline Lilly don the Wasp outfit promised her by Michael Douglas. This morning Marvel officially announced that we’re getting Ant-Man and the Wasp on July 06, 2018.

To do that, they have to move some release dates around in conjunction with parent company Disney. Both studios announced their current slate up until 2020. Things could be subject to change, as obviously we’d been impressed a couple years ago with a schedule that is now a bit in flux.

Black Panther moves up a few months, and Captain Marvel moves back a year. And then… both Marvel and Disney defer to that famous placeholder “UNTITLED”.

This is a good thing. Keeping a dynamic schedule means that Marvel can respond to audiences and shift their mega-story if something unexpectedly strikes a chord. And don’t forget the somewhat wild card that will be Sony’s Spider-Man as he spins in and out of the Marvel Cinematic Universe. It shouldn’t be set in stone for five years, though maybe the release dates should be.

Because the Marvel part of the announcement covers 2018 through 2020, it’s safe to say that Thor: Ragnarok, Guardians of the Galaxy vol. 2, and Marvel’s Avengers: The Infinity War parts 1 and 2 are staying where they are through 2017. Marvel’s just trying to figure out Phase Three and a Half. Notice, too, that they’re willing to stake out March, which had become Warner Brothers territory for DC Comics adaptations. Does this pit Black Panther against The Flash?

Here’s the full schedule, including Disney so we can speculate on those UNTITLEDs for everyone!

12/22/17 – UNTITLED DISNEY FAIRY TALE (meant to be live action, and we would already have Beauty and the Beast, so… Mulan?)

3/9/18 – Gigantic (Disney animation feature announced at D23, a riff on Jack and the Beanstalk)

4/12/19 – UNTITLED DISNEYTOON STUDIOS (this is the arm of Disney that made Planes and does the Tinkerbell series on video; could Tinkerbell be going big screen?)

3/13/20 – UNTITLED PIXAR ANIMATION (They play this close to the vest; we haven’t heard anything past The Incredibles 2, have we?)

11/25/20 – UNTITLED DISNEY ANIMATION (what’s in the pipeline? Could they be reviving the Philip K. Dick adaptation King of the Elves?)