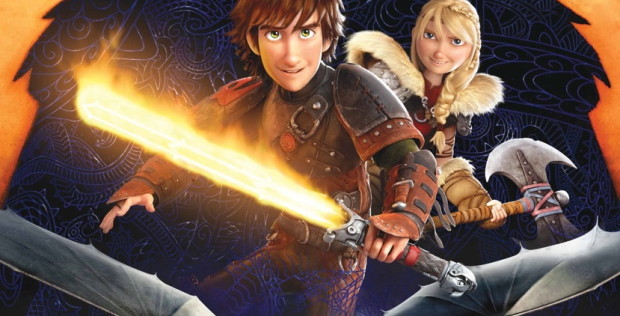 With all the deserved popularity of Dreamworks’ How to Train Your Dragon franchise, both in theaters and television, I am surprised this hasn’t been a comic before. Could Kung Fu Panda be far behind? Pandas and Dragons at Dark Horse? I like the thought of it, and I like that Dark Horse is pursuing young readership with this and their earlier Rexodus.

You’ve seen them on the big screen. You’ve ridden with them on television. In 2016, the dragons are coming to comics.

Releasing in 2016, How to Train Your Dragon: The Serpent’s Heir begins mere hours after the events of How to Train Your Dragon 2 as Hiccup and Toothless are thrust into their new roles as chief and alpha. The graphic novels mark an exciting expansion in the Dragons universe, with the first look into what happens to the riders following the conclusion of the second film.

“How to Train Your Dragon was an instant animation classic,” said Dark Horse president and publisher Mike Richardson. “We couldn’t be more excited to work with Dean, Richard, and DreamWorks Animation to help continue the adventures of these great characters.”

“I am excited to be writing this next chapter in the How to Train Your Dragon universe,” said DeBlois. “Dark Horse is a perfect home for these new original stories and Richard and I are thrilled to know they will be in the hands of our incredible fans very soon.”

How to Train Your Dragon: The Serpent’s Heir will be available in 2016.