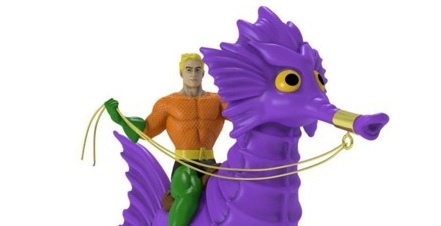 Hallmark Keepsake Ornaments have been providing the cute, the sentimental, and yes, the nerdy for Christmas trees for a few decades. Sometimes you see the connection — Star Wars Stormtrooper with a candy cane instead of a gun — and sometimes you don’t — any ornament from The Walking Dead comes to mind. Not that I’m judging, because I’m not. I also have a Frank Miller The Dark Knight Returns Batman for my tree, and that doesn’t scream warm holiday feelings, but lord, does it look cool.

Last week, we ran pictures of an item line for December 2020 (though mostly coming out in July), a Star Trek tree topper with interactive figure ornaments from the episode “Mirror Mirror.” But we also have photos covering a range of properties that tickle the hearts of fandom, and though these may not be what the final products look like, they’re enough to get you to set some budget aside now.

Adding to the Hogwarts Castle and storyteller ornaments released for 2019, we’ll get Robbie Coltrane’s take on Hagrid (pretty sure that’s not a final color test below) with Richard Harris’ Dumbledore.  Both of those will have sound bites that interact with the previously released figures of Harry Potter, Ron Weasley, and Hermione Granger. Hagrid’s hut just looks kind of cool. 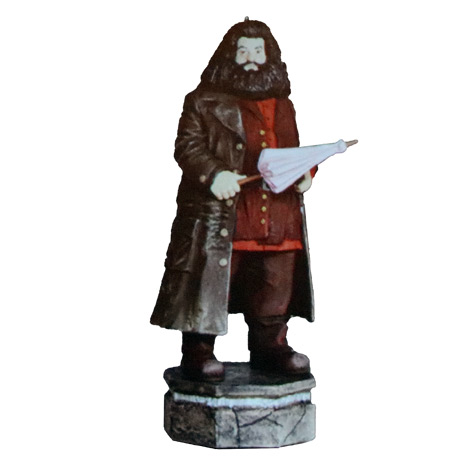 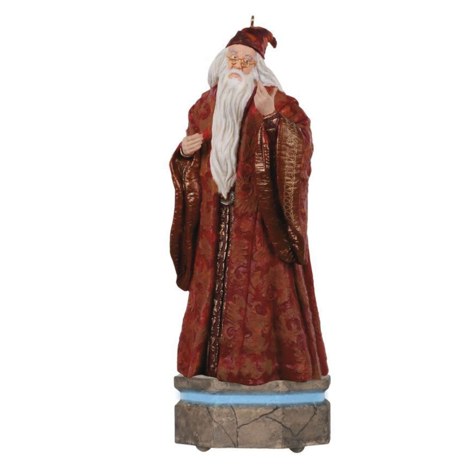 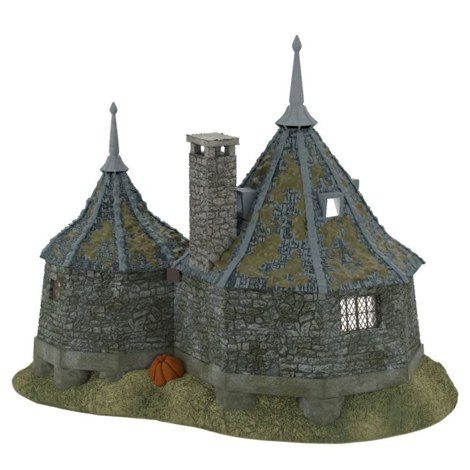 DC properties will be represented from all media — Margot Robbie’s Harley Quinn, Lynda Carter’s Wonder Woman, and Kevin Conroy’s animated Batman. There’s also, of course, the Batman ’66 Batmobile, which looks to be replica of the Corgi car. Filmation’s take on Aquaman can be on your tree, and I thought that maybe that Wonder Woman electric guitar would be a spoiler from Wonder Woman 1984, but no, it’s the next in a series of miniature guitars in the style of superhero licensing. Usually the Hallmark catalog (and Hallmark stores) hold back from revealing product that might be a spoiler for an upcoming film or TV show, so it’s possible that we’ll see an updated Gal Gadot ornament. 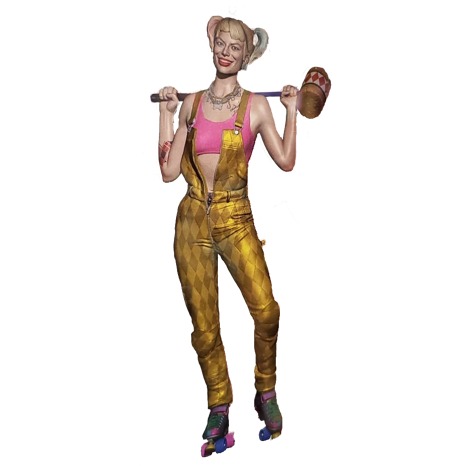 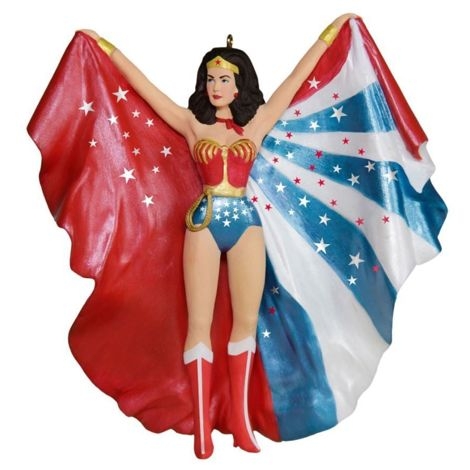 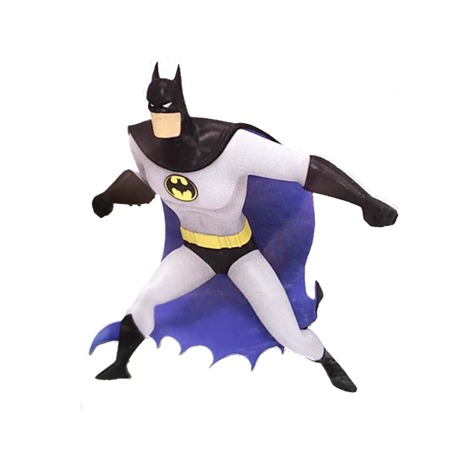 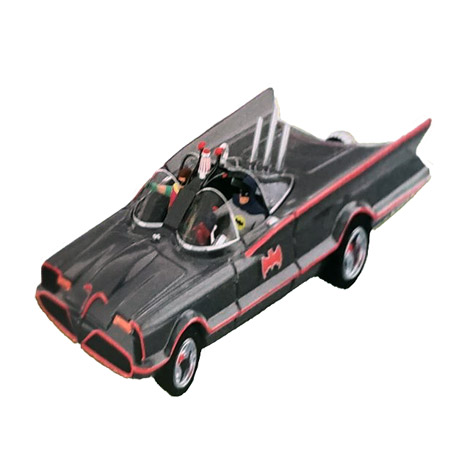 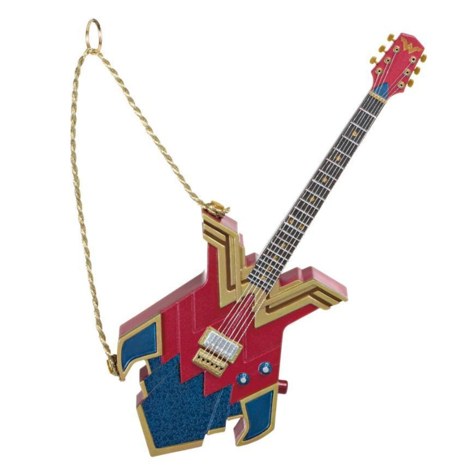 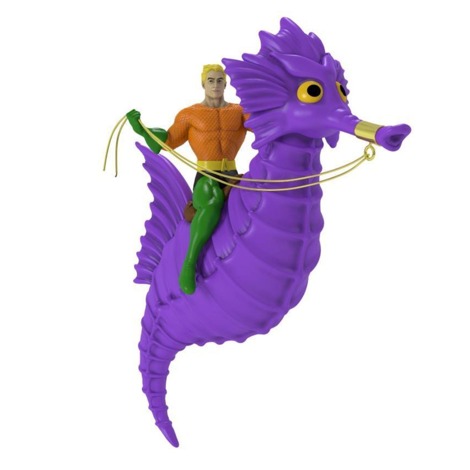 Of course, with all these cool figures, what you really need to tie the tree together is the Hall of Justice… 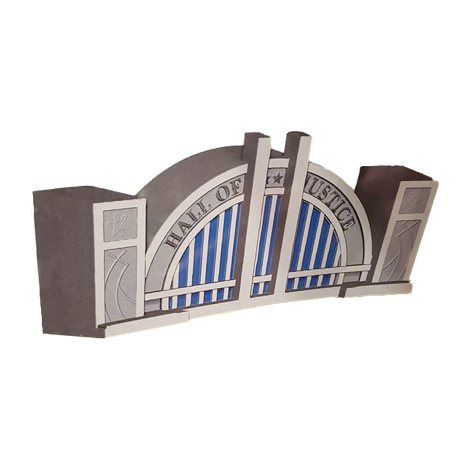 Don’t worry; Marvel is represented, too. Hallmark has released variations on Groot for a few years, and 2020’s yuletide Groot looks pretty cool. That Captain America looks almost like Alex Ross painted him, and Paul Rudd’s Ant-Man is a little bigger than life-sized. 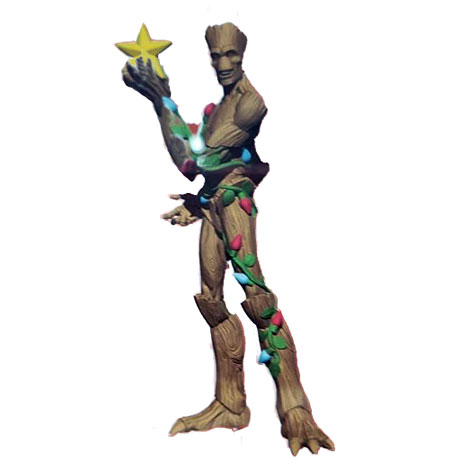 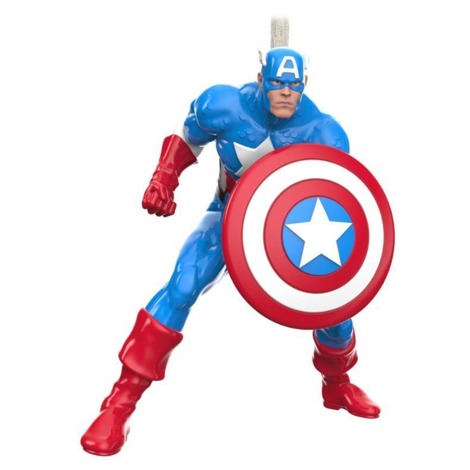 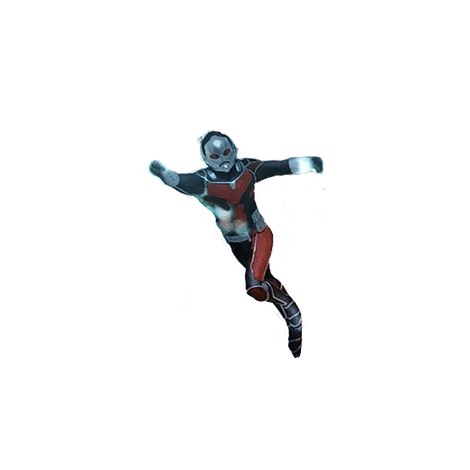 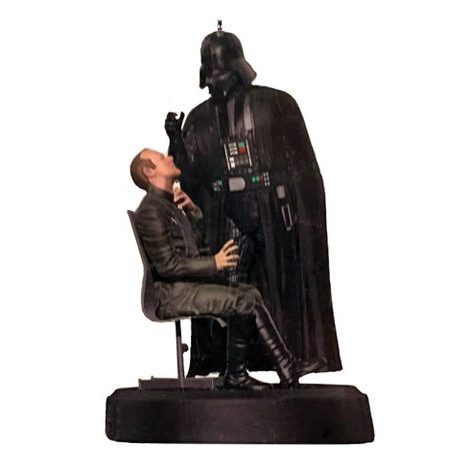 It’s not clear how Hallmark will label this ornament. Yes, it’s obviously Leia Organa and Chewbacca, but they’ve also got it listed specifically as Carrie Fisher and Peter Mayhew. If it’s meant as a memorial ornament (and I think it is), I’ll mist up every time I look at the tree. Again, this is obviously not a final product photo, but the intent is there and… yes, it’s sweet. 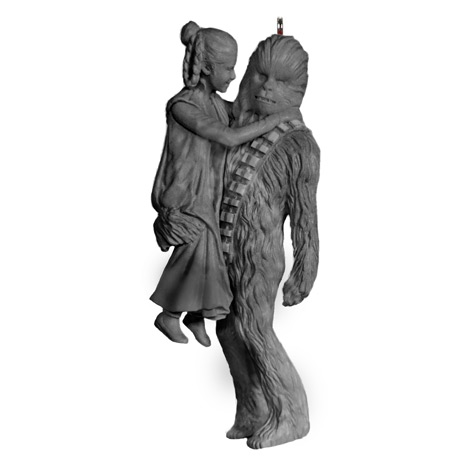 The 2020 Holiday season also marks the 70th anniversary of Disney’s Fantasia, while 2020 will also see the film version of the iconic Disneyland attraction Jungle Cruise. So merge them to make sure that we’re reminded it’s Disney, and not Dwayne Johnson, who got it all cooking. 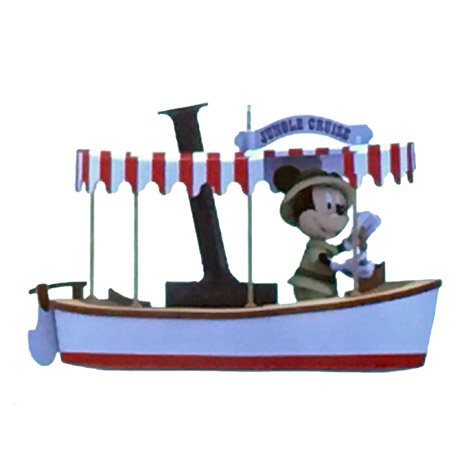 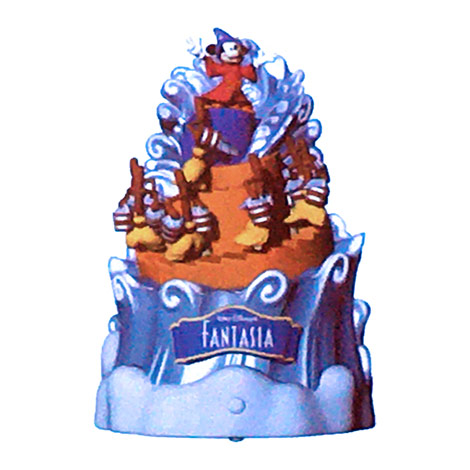 That Fantasia ornament may be one that needs shelf space rather than tree space, joining the ever-growing cadre of ornaments that seem a shame to put away for most of the year. They need to be seen and heard.

These photos also don’t take into account the convention exclusives likely to come up this summer — Hallmark will be a presence at Star Wars Celebration, Comic-Con International in San Diego, and New York Comic-Con. (There may be a few others, too.) So watch this space — there are always a few extra cool ornaments that get announced as the year goes on.