Fourteen years ago Pixar released one of its most beloved films, The Incredibles. This weekend, a legion of devoted fans have finally been rewarded for their wait for a sequel with the release of Incredibles 2. It

While Incredibles 2 picks up directly from the events of the previous film, a rewatch of the first one is not required.  The family of Incredibles, led by Mr. Incredible and Elastigirl, start off the film by taking on the Underminer (John Ratzenberger). While the first film ended on an upbeat note with the family coming together in their matching supersuits, superheroes are still illegal. Once again, despite the bests intentions of the family, the negative publicity from their interaction with the Underminer leads the government to cover up the tracks of Frozone (Samuel L. Jackson) and the Incredibles. 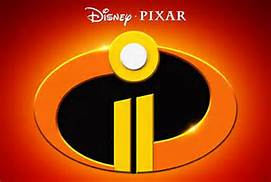 A new character comes in to save the day, Winston Deavor (Bob Odenkirk), with the help of his sister Evelyn Deavor (Catherine Keener), who have a plan to put superheroes back on the map. While supers are still in a precarious position when it comes to being out in the public, the Deavors come up with the strategy of having Elastigirl (Holly Hunter) be the current face for legalization, as she causes less damage than her husband.

While this frustrates Mr. Incredible (Craig T. Nelson), he begrudgingly takes on the role of dutiful father and husband and agrees to take care off the Incredible kids, Violet (Sarah Vowell), Dash (Huck Milner) and of course, baby Jack-Jack (Eli Fucile) while Mom is out facing an entirely new villain, the Screenslaver. While we already know the super powers of Violet and Dash, Jack-Jack steals the film as his powers (only hinted at the end of the first Incredibles) are revealed in hilarious fashion, including a confrontation with a raccoon. The hilarity with Jack-Jack ensues even further when scene-stealer Edna Mode (Brad Bird) agrees to babysit (“coincidentally” the premise of the upcoming Incredicoaster, opening June 23rd at Disney’s California Adventure). 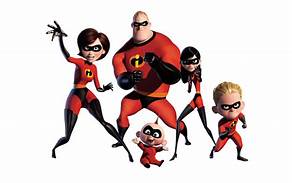 While breathless action sequences and hilarious comedic bits will get fans on the edge of their seats throughout the film, what really separates The Incredibles from other superhero franchises is family. While certainly not a perfect family by any stretch, in what can only be described as incredible situations and circumstances, it is the love and reliance on each other that gets and keeps this family together. The family is best when they are needed to suit up and become the Incredibles, and with the addition of Jack-Jack (Pixar’s version of Baby Groot), this family is stronger than ever, even fourteen years later.