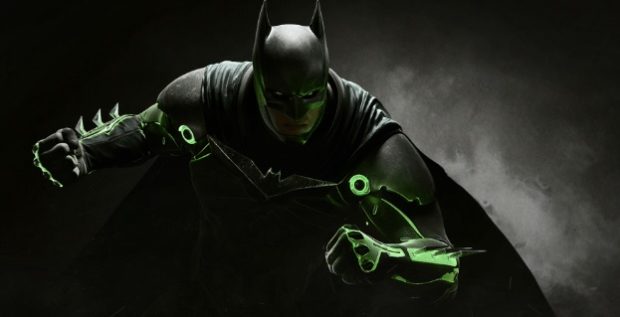 Over in the comics, DC is having a Rebirth that brings joy and brightness back to their universe. Lots of rumors have it that Warner Brothers is shaking up DC Films to pretty much the same. But over in the videogame arena, we get a grim, gritty Injustice 2. The first game, Injustice: Gods Among Us, set the tone, a variation on Mortal Kombat (developed by the same team) with the backstory that once the Joker succeeded in killing Lois Lane, Superman went on a justice rampage and became a despot. (You may notice a connection with the dream sequence from Batman v Superman: Dawn of Justice.) An alternate universe Justice League traveled to this despot’s world and in a series of fights, restored light to Earth.

Sort of. It was kind of a muted, dim light, but light nonetheless.

And though the plot line bothered me — especially a horrible cut scene in which a beloved character gets murdered onscreen by Superman — the game itself was cathartic, and had a lot of downloadable content that allowed for alternate versions of characters. I’m not necessarily proud of enjoying it, but enjoy it I did. For a half hour or so a night, I could shut off my brain and fight. And though Geoff Johns may be working to brighten other universes, we can’t pretend that he didn’t have a hand in this dark vision.

It was a successful game, so of course it warranted a sequel — though it may not be a direct one, more like one in spirit (and title). Despite Warner Brothers wanting to go lighter, they’d be foolish to have scrapped this. It appeals to the M gamer — the same audience a lot of the New 52 was meant to grab, but while some comic book readers are gamers, the opposite isn’t necessarily true. If you hate the concept of this game, you’ve still got some good comics to enjoy. I admit it — I’m going to enjoy both.