They’ve got ears for hats. I mean, come on. What’s not to like about Josie and the Pussycats? (They did that ear thing LONG before it became fashionable.)

But of course they also need to be updated to 2016, in the wake of revamps of Archie, Jughead, and Betty & Veronica, all of which have managed to seem fresh and modern while not betraying decades of what the teens from Riverdale were about. It will be interesting to see if this one takes — even Betty & Veronica hasn’t actually come out yet — but Marguerite Bennett has been proving herself with interesting books from both DC and Marvel. I’m just not 100% positive that Josie and the Pussycats have the recognition those other titles do. Regardless, it’s cool to see this Riverdale resurgence!

Together, they’re known across the world as the mega-famous rock band Josie and The Pussycats.

Fans have been demanding a new JOSIE AND THE PUSSYCATS series for years and Archie Comics is proud to deliver a new ongoing series that will follow Josie and her friends on their journey to achieve their dreams of musical stardom.

Following hot on the heels of the blockbuster ‘New Riverdale’ re-launches ARCHIE and JUGHEAD series, and this July’s BETTY & VERONICA from Adam Hughes, the new JOSIE AND THE PUSSYCATS series will explore the foundations of the friendships between Josie, Valerie, and Melody and their rivalry with Alexandra Cabot. 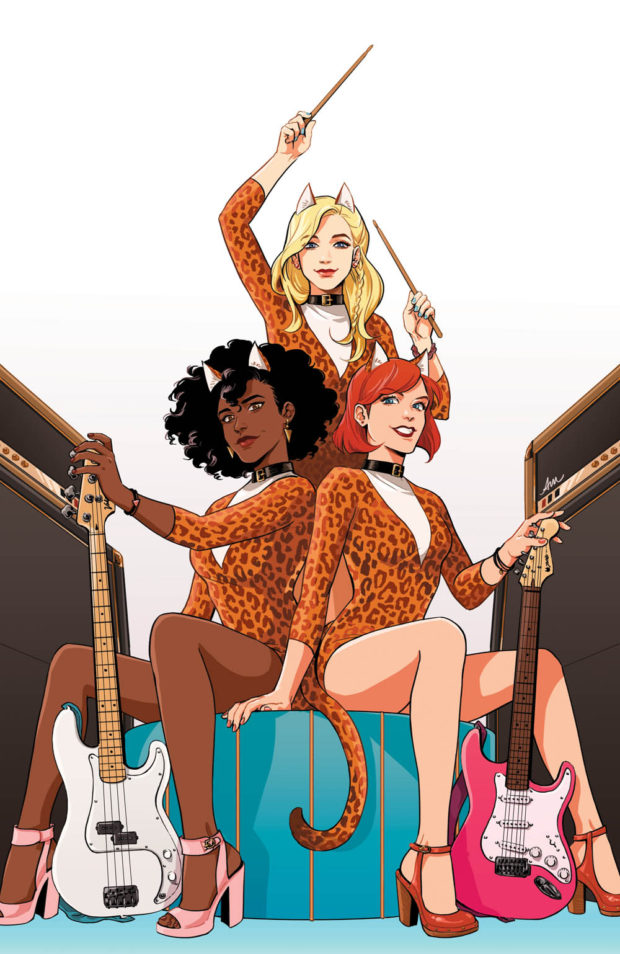 “I am incredibly grateful and outrageously stoked to be working on JOSIE,” says co-writer Marguerite Bennett. “JOSIE AND THE PUSSYCATS is zany, high-energy, hilarious, and utterly sincere. The book can’t launch soon enough.”

The new series will arrive in comic book stores this September featuring an assortment of variant covers from fan favorite artists including Veronica Fish, Francesco Francavilla, and more.