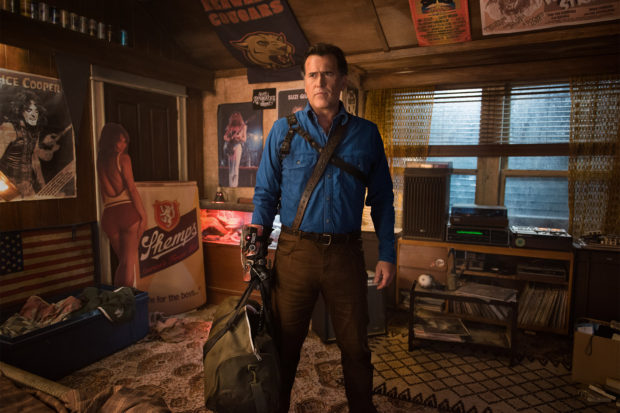 Last year when first talking about Ash vs. Evil Dead (returning October 2 on STARZ), mastermind Sam Raimi marveled at how the production designers in New Zealand had recreated the original cabin from Evil Dead 2. This season, they get a chance to really stretch and create something even more frightening than a lonely, evil-impregnated cabin in the woods: the bedroom of a 1970s teen boy.

Yes, Ash vs. Evil Dead takes us back to the childhood home of Ashley Williams (Bruce Campbell), and shows us exactly how important production design can be. Watching the show, it’s easy to miss the loving details they’ve thrown in, some just references to the mutual obsessions of the Raimi Brothers and Campbell, and some things that perfectly encapsulate who Ash was before his fateful encounter with the Necronomicon.

Has anyone noticed before that Ash played the cello? Definitely something that losing a hand would impair. (To be fair, we could call it an upright bass, but it’s at odds with the Suzi Quatro and Alice Cooper posters. And why aren’t either of them making cameos?) 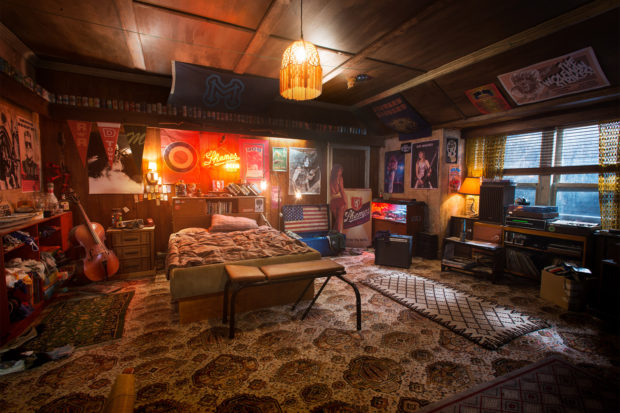 Of course, Ash was a fond drinker of Shemp’s, a non-existent beer whose namesake also gave Ash his alma mater’s name: Shemp Howard, the fourth Stooge. (For those who are not long-time fans of the Raimi ouevre, there’s often a credit in the cast of “Fake Shemp,” an extra or quick cameo usually played by Sam Raimi.)

The two visible movie posters, for The Wolfman Strikes and Night of the Frogs, are designed just for this. Though not actual movies, they would have worked well as drive-in fodder, the Raimis’ original inspiration for making Evil Dead. (There was a Night of the Lepus, about giant killer rabbits, and Frogs, about an amphibious revenge upon a wealthy family that had wreaked havoc on the local swamp.) As for the terrarium… just wait. 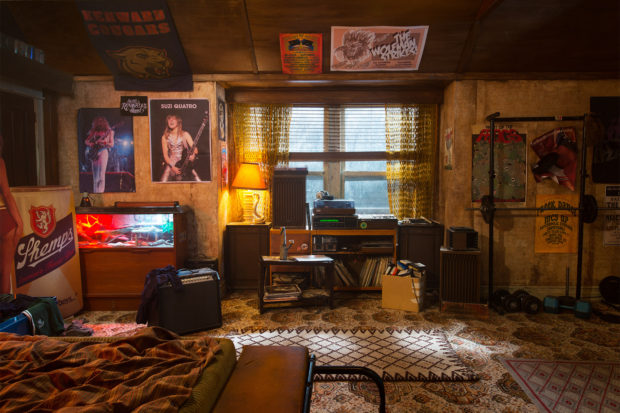 Is that Ash’s first saw in the corner? And an interesting callback with the reel-to-reel tape recorder — reminiscent of the one that was crucial to both Evil Dead and Evil Dead 2. There’s no good explanation as to why Ash’s father (Lee Majors) left the bedroom untouched all these years, but we’re glad he did. 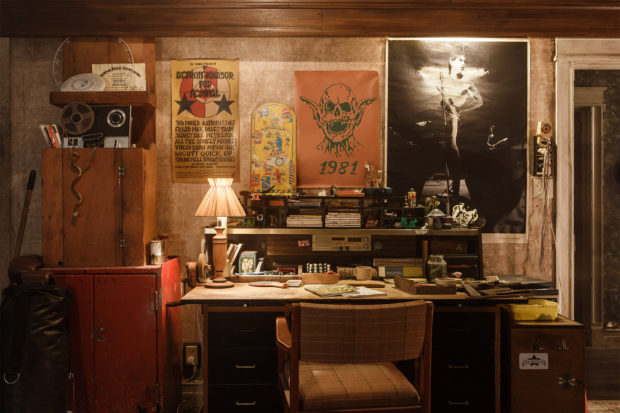 If there is justice, STARZ will start selling neon Shemp’s Beer signs. 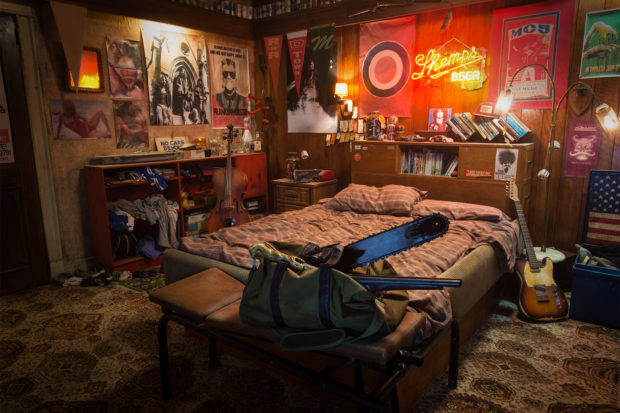 If only the Nintendo Power Glove hand could play guitar…