If Ash vs. Evil Dead wasn’t your cup of tea last year, there’s nothing I can say to make you change your mind. Because within minutes of Sunday’s Season 2 return, the show digs deep on the gore — but also the fun. If you did enjoy Ash vs. Evil Dead last year, seriously — there’s more. And more. You already know you want it.

When we left Ash Williams (Bruce Campbell) and his ambivalent Deadite fighters, they were heading to his vision of paradise, and leaving a maelstrom of evil behind. Ruby Knowby (Lucy Lawless) or the entity wearing her face promised that she could control that evil, thus setting an uneasy truce between them. She was wrong, and so was Ash.

Wasting away in Margaritaville, Ash, Pablo (Ray Santiago), and Kelly (Dana DiLorenzo) find the party’s over when some guests turn into Deadites. As occasionally has to happen, Ash gets the right idea that they have to return to his hometown, where all the trouble started. Yes, they had gone to the cabin in the woods last season, but ultimately, the trouble really began with Ash himself, so it’s time to explore his origins. 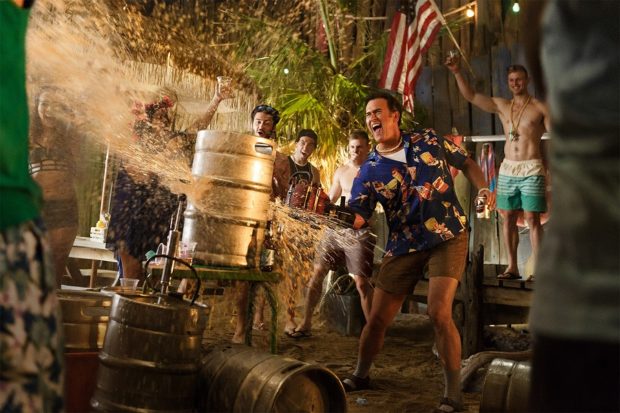 In the first two episodes, Ash Vs. Evil Dead goes somewhere you might not expect. Though last season touched on the guilt he felt toward his girlfriend Linda, who died after the Necronomicon unleashed the Evil Dead, we’d never really seen the impact on the local townsfolk, including Ash’s father (Lee Majors). The Deadites taunt Ash as “Ashy Slashy,” the nickname given to him by those who had to swallow his stories about the cabin (and presumably, rescuing a Medieval village) but had no proof. 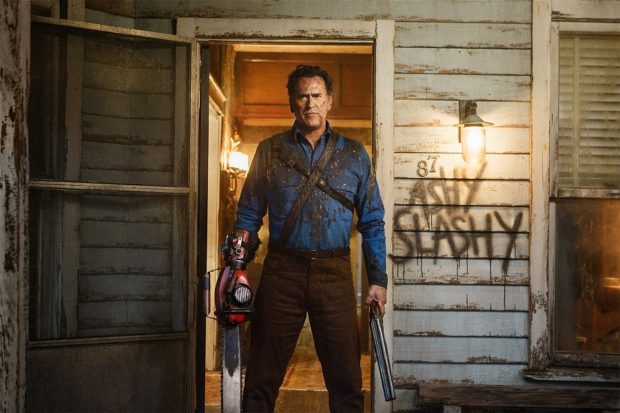 There are other figures from his past coming up, and it’s testament to Campbell’s acting that he can successfully balance remorse and utter cluelessness, and still somehow make us root for him in Ash’s idiocy. While Ray barely tempers his hero worship, Kelly is coming around to accepting that Ash might not be the ideal champion — far from it — but he’s the best we have.

And what of Ruby? They’re striking another uneasy deal, too. Her “children” have spiraled out of her control, and the book took a liking to Ray last season that it hasn’t shaken. Somehow, this saga keeps raising the stakes, taking one or two steps back as all good horror sequels do, but it’s so entertaining it’s forgivable. I’d say the first two episodes of Ash Vs. Evil Dead was the best movie I’d seen all summer, but it’s coming to TV this fall. 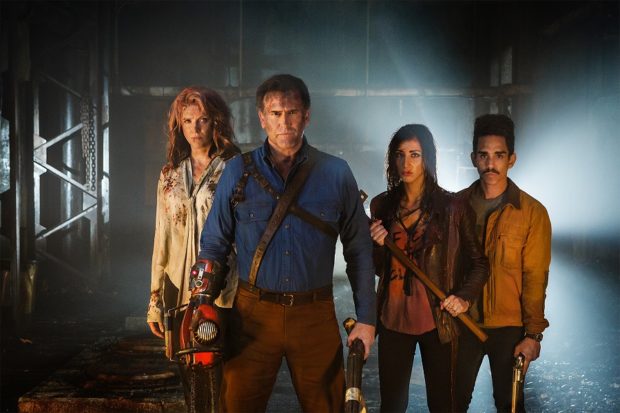 Back to that top warning of gore: the second episode does present a scenario that pushed the limits of what I could handle (which may not be what you think). So yes, it’s not a show for the squeamish, but it’s so well-written, directed, and acted that it overcame my momentary revulsion. It’s still a series that I look forward to, and this year, the show has the rights to reference Army of Darkness, so… things could get even groovier.