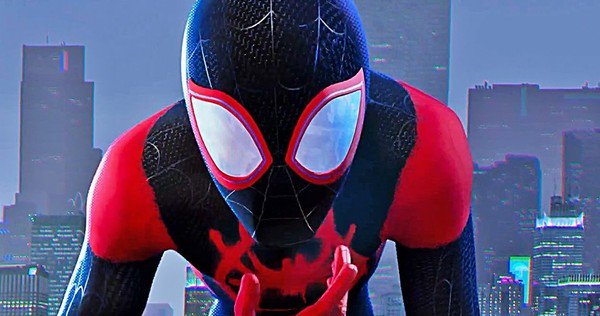 Today, Sony gave us a deeper look into the second of their two Spider-Man related movies in the last half of 2018. (Don’t forget about Venom, wisely opening in time for Halloween.) And Spider-Man: Into the Spider-Verse looks… like everything fun that could possibly happen when Sony tries desperately to show off what a Marvel Studios-less Spider-Man movie could do. Heck, even Marvel Comics created a whole legion of alternate universe Spider-Men, and Sony has the rights to all of them.

After seeing this trailer, in which an older Peter Parker takes on the role of mentor to Miles Morales, while Spider-Gwen shows up, probably from yet another alternate universe, I’m sold. Throw in something that looks like the Ultimate Universe Green Goblin (Created by Brian Michael Bendis and Sara Pichelli, Miles’ origin in the comicsis from that now defunct line from Marvel), and I’m even more sold. If this means that the inexplicable Spider-Punkshows up, I’ll go crazy.