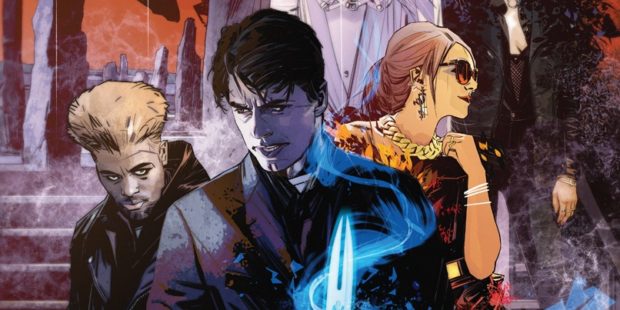 This is the real deal. Let’s get that up front. Many actors have created projects for themselves in comics and then danced away, but John Barrowman has been consistently working with his sister Carole on both comics and YA novels for years. So when they bring in another friend, Erika Lewis, and create something new that could potentially star Barrowman in a film or TV series, it’s worth paying attention. First and foremost, they know storytelling, and they’re good at it.

Certainly, they’re good enough to attract the attention of Legendary Comics. With Acursian, they’ve got something rooted deep in the past, but high-concept and new, and frankly, I like this title much better than the originally announced (and more generic) “Cursed.”

What makes this project even more forward-thinking is that this comic won’t be distributed to stores — at least not yet. Instead, it’s debuting on the webcomics platform WebToon. I’d say they’re making a big play, people, but that may be my own naivete — if their stats are accurate, they’ve been making a play for a while and I’ve just had my nose buried in hard copies of comics. At Comic-Con International, their party was in my hotel, and I ran into several up-and-coming creators who may not be as hot (yet) as they should be, but they’re hot. They’re good. And they’re looking seriously at WebToon. 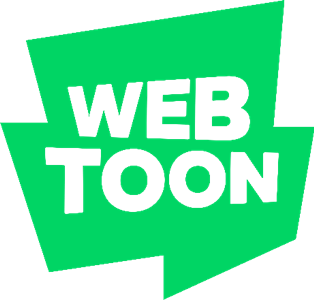 I already downloaded the app, and I’m going to look seriously at Acursian.

Formerly titled Cursed, Legendary Comics and Webtoon will debut the new imaginative comic series Acursian starring John Barrowman (“Doctor Who,” “Torchwood,” “Arrow”) next month. The series—rooted in Celtic lore in a unique fusion of mythic storytelling from co-creators John Barrowman, Carole Barrowman (“Torchwood”), and Erika Lewis (Game of Shadows and Firebrand: The Initiation of Natali Presano) with art by Beni Lobel and designs by Tommy Lee Edwards—will be available beginning at 11:59pm EST on Thursday, September 13. Readers can download the official Webtoon app by visiting the Apple App Store and Google Play.

Acursian (an Old English word defined as one consigned to destruction, misery, or evil by a curse) stars John Barrowman as Charlie Stewart who, on the eve of an important birthday, falls victim to an ancient Celtic curse. Stewart seemed to have it all: the big house, the fast car, the beautiful family, and a high-power career at a leading criminal law firm, but overnight finds everything spiraling out of control as his perfect life becomes a disaster zone of chaos and calamity. Every decision he makes, every relationship he has, every choice he’s given is doomed to fail spectacularly, no matter what he does. 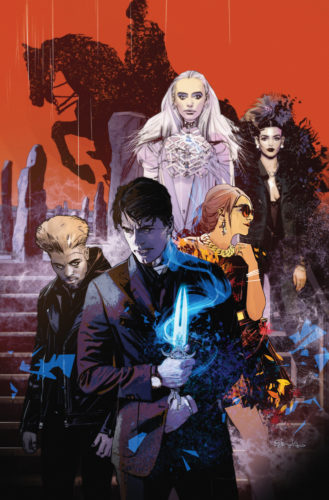 Embarking on a quest for the truth behind the supernatural forces re-writing his destiny, Charlie discovers that his ancestor Bonnie Prince Charlie made a deal with the ruthless Celtic God of War, Bregon. In return for the Bonnie Prince’s victory at the battle of Culloden, Bregon demanded the prince steal three magical talismans from Bregon’s own sisters. These sisters cursed the entire Stewart bloodline and now Charlie must settle a centuries-long family squabble among gods in order to get his own family back. Real life and ancient legend collide in unexpected ways as Charlie battles across this world and opens up realms of time and mystery that no mortal was ever meant to see.

“We began this journey with John, Carole, and Erika over a year ago and are thrilled to see this project coming to fruition in such a gripping story that features—for the first time ever—John starring in his very own comic book, one that truly reflects his love for Celtic lore,” said Robert Napton, Senior Vice President of Legendary Comics.

“Did Robert just say a year ago? We’ve been stewing on this for CENTURIES…,” said co-creators John Barrowman, Carole Barrowman and Erika Lewis. “We’re so excited the world can finally read Acursian. Beni Lobel’s dark, entrenched style seduces from the first panel. Goddesses and gods, fate and time be damned, Charlie Stewart is embarking on a sometimes dangerous—sometimes sexy—sometimes strange and magical quest to get his life back, and you can come along for the ride.”

“We’re beyond excited to continue our partnership with Legendary and can’t wait for our readers to experience the world of Acursian that John, Carole, Erika, and Beni are creating,” said Webtoon Head of Content Tom Akel. 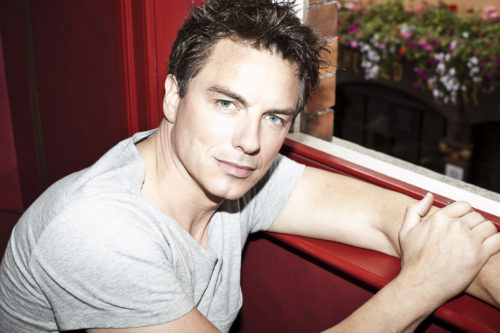 Born in Glasgow, Scotland and raised in Illinois, John Barrowman is a unique talent in the entertainment industry on both sides of the Atlantic—he sings, he dances, he acts, he presents, he judges. His most famous television role is undoubtedly that of sci-fi hero Captain Jack Harkness, whose first appearance in the revamped “Doctor Who” on BBC1 created such an impact that he was given his own spin-off series “Torchwood.” John also played Malcolm Merlyn (aka The Dark Archer) in the hit American CW drama series “Arrow,” based on the Green Arrow comic books. John’s Merlyn appeared regularly in the CW’s “The Flash” and “Legends of Tomorrow.” He also played a guest-starring role in the CW’s hit historical drama “Reign” and ABC’s American political drama “Scandal” and has hosted and produced many UK-based series for the BBC and Channel 4, as well as ABC’s “Sing Your Face Off.” On the big screen, John has appeared in Zero Dark Thirty, All Stars, The Producers, De-Lovely, and the cult classic Megalodon: Shark Attack 3. John’s prolific stage career includes roles as the leading man in musical theatre in many West End and Broadway shows including: Sunset Boulevard, Miss Saigon, The Phantom of The Opera, Anything Goes, Putting It Together, and Sam Mendes’ premiere production of The Fix, which garnered John an Olivier Award nomination as “Best Actor in a Musical.”  In his thirty-year career, one of John’s proudest career accomplishments was being awarded the MBE for his services to entertainment and charity by Her Majesty the Queen and the British Government. 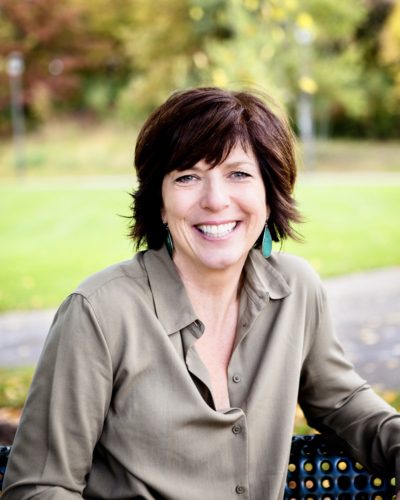 Carole Barrowman is John’s bossy big sister and has made a career out of her passions: reading, writing and teaching. She’s an English professor and the Director of Creative Studies in Writing at Alverno College in Milwaukee, Wisconsin. Carole and John have collaborated on nine books, including the Sunday Times best-seller Anything Goes; the fantasy trilogies, Hollow Earth (Simon & Schuster); The Orion Chronicles (Head of Zeus); and Malcolm Merlyn’s backstory, The Dark Archer for DC Comics. Carole and John have also collaborated with Titan Comics on their Torchwood series. Carole is a regular reviewer for The Milwaukee Journal Sentinel and The Minneapolis Star Tribune, and she’s the book contributor for Milwaukee’s NBC affiliate, WTMJ4’s show “The Morning Blend.”

Erika Lewis is their bossy friend. Erika first collaborated with the bossy Barrowman siblings when she was producing G4’s “Attack of The Show!” and John was presenting. 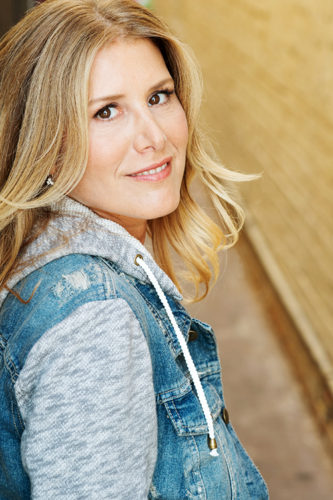 She graduated from Vanderbilt University and went on to earn an Advanced Certificate in Creative Writing from Stony Brook University. Erika is the author of Firebrand with Legendary Comics, The 49th Key from Heavy Metal, and Game of Shadows from Tor Books. Along with her writing and her producing, Erika has also launched the careers of a number of popular television stars.

Webtoon is the #1 digital comic app, averaging more than 46 million monthly active users, with north of 10 million daily readers – more people read webtoons in one day than watch most television shows. Founded by NAVER Webtoon in 2004, Webtoon became a cultural phenomenon and pioneered the distribution and consumption of web-based comics – webtoons. Launched stateside in 2014, Webtoon has hundreds of titles and post new content daily featuring the MOST diverse content of any comic platform – including fantasy, romance, sci-fi, LGBTQ, and more. The app is always free on user smartphones as well as available on computers, and the content is free and downloadable. Webtoon utilizes the vertical scroll which enables the reader to continue an episode without having to flip to a new panel. Webtoon is always working to enhance the user experience with technology – FX Toon is a tool some titles use to include music or animation in their webtoon, and content – including partnerships with Legendary, Lucasfilm, Stan Lee, Top Cow/Image, and more. Webtoon takes the comic experience to the next level by providing readers with daily curated content and giving creators an intuitive platform designed to help them easily publish and publicize their own original comics. Webtoon is available on iOS, Android, and web browsers. Sizzle Reel: https://www.youtube.com/watch?v=GTB2nsr9sA4.Website: http://www.webtoons.com/

Legendary Entertainment is a leading media company with film (Legendary Pictures), television and digital (Legendary Television and Digital Media) and comics (Legendary Comics) divisions dedicated to owning, producing and delivering content to worldwide audiences. Legendary has built a library of marquee media properties and has established itself as a trusted brand which consistently delivers high-quality, commercial entertainment including some of the world’s most popular intellectual property. In aggregate, Legendary Pictures-associated productions have realized grosses of more than $16 billion worldwide at the box office. To learn more visit:www.legendary.com 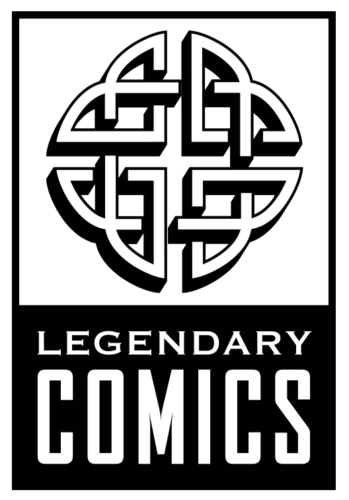