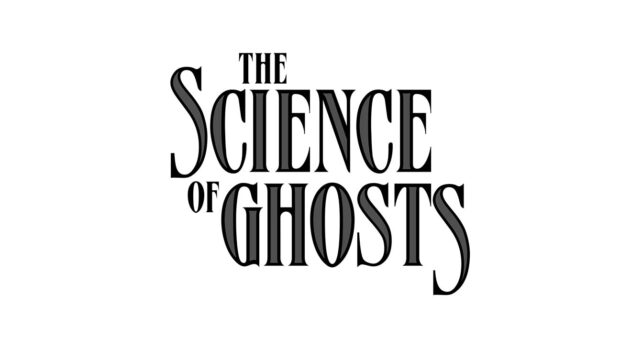 It will be a year before the book becomes available, but it’s noteworthy that Legendary has this original graphic novel on its slate. Most of what the publisher — a subsidiary arm of Legendary Entertainment — released in the last three years have film connections. Godzilla, Pacific Rim, and even their upcoming adaptation of Bram Stoker’s novel Dracula connect to blockbuster movies. But with former DC co-ordinating editor Jann Jones overseeing The Science of Ghosts by Lilah Sturges and Alitha E. Martinez, it looks like Legendary is making a serious move into graphic fiction. Not that I don’t see movie potential in this, but first, it’s going to be a strong supernatural/romance/whodunnit graphic novel.

Legendary Comics announced today a new original graphic novel, The Science of Ghosts, written by Eisner and GLAAD Award-nominated writer Lilah Sturges (Jack of Fables; Lumberjanes). The story—centered around Joy Ravenna, a transgender parapsychologist—will feature art by veteran comic book artist Alitha E. Martinez (known for her work on the Eisner Award winner Black Panther: World of Wakanda) and will be available in stores and online in Summer 2021.

While on the verge of losing a research grant that would jeopardize her academic life work, Joy Ravenna is approached by a wealthy young heiress who claims to have encountered malevolent paranormal activity at the family’s estate. As Joy, who is accustom to navigating the mysteries of the afterlife, dives deeper and deeper into the investigation, she comes face-to-face with the very real challenges of her own past and present—her first post-transition relationship with new girlfriend Cat, a hostile ex-wife, and clues to a murder long forgotten—that will test her at every twist and turn. For Joy, working with ghosts is way easier than dealing with the living.

“Having been a fan of Lilah and Alitha for so long, I am honored to be able to work with them on The Science of Ghosts,” said Jann Jones, the graphic novel’s editor for Legendary Comics. “Watching this come to life has been amazing, and I am very proud of this book. Authentic representation is important, and the world needs more characters like Joy and Cat.”

“The Science of Ghosts brings together so many things that fascinate me: psychology, dream logic, the symbolism of ghost narratives, and… queer love stories,” said Sturges. “It is certainly a horror story: it’s chock-a-block with dark basements, abandoned hotels and ghosts a plenty. And it’s also a murder mystery: twists and turns and clues and secrets abound. But to my mind, it’s the romance that makes it special, and it’s of a kind that we rarely get to see in mainstream comics: two queer women who adore each other and whose existences are not a jumping-off point for tragedy. Getting to write a trans woman protagonist who loves and is loved, who is defined by what she strives for and how she loves rather than the fact of her transness, has been one of the great joys of my career. She is informed by being trans but she isn’t defined by it. And did I mention the ghosts? And the murder? And the romance?”

“I’m very much enjoying the worldbuilding and getting to know the characters that Lilah created,” said Martinez. “Illustrating new books provide their own unique challenges, and I love a challenge.”

Lilah Sturges is the writer of numerous comics, including the PRISM Award winning Lumberjanes: The Infernal Compass and The Magicians, as well as many other titles from DC, Marvel, IDW, and others. She lives in Austin, Texas with two daughters and two cats.

Alitha E. Martinez is the Einser Award and GLAAD Award winning artist of the Black Panther: World of Wakanda series. Her professional career began in 1999 penciling Iron Man for Marvel Entertainment. She has since worked on such titles as: X-Men: Black Sun; Marvel Age Fantastic Four; Black Panther and Black Panther: World of Wakanda; X-Men Gold Annual; Moon Girl; Mark Morales’ Spiderman; Fearless; Voltron; NBC’s Heroes; New 52 Bat Girl; Archie Comic’s New Crusaders and Riverdale; Omni for Humanoids; WWE Superstar, WWE Slam City, and Barbie for Paper Cutz. She has worked on graphic novels including: Vampire: My Boyfriend Bites; Kung Fu Masters; and Quest for Dragon Mountain for Lerner Publications, as well as political cartooning for the New York Post. In her spare time, she works on her creator-owned titles: Yume and Ever and Foreign, which she publishes through her company Ariotstorm Productions, LCC. Alitha is also a professor at the School of Visual Arts in New York City, as well as participates in the U.S. State Department’s World Speaker Program, traveling to parts unknown to teach comic book workshops and bring the art of storytelling to people who would have no other way of getting such information.