On the run, hunted by super powered beings that most of the world looks up to, “The Boys” (none of whom are actually boys) return to Amazon Prime for a second season. It’s satire, though often not funny at all, a disturbing but excellent look at the reality of superhero worship, and I’ll say it: the rare TV adaptation of a comic book series that at least in season one was better than the book. Taking the work of Garth Ennis and Darick Robertson as a blueprint, show creator Eric Kripke made a series just a few months ahead of its time, but luckily Amazon (and viewers) realized what it had.

Today, Patton Oswalt hosted a reunion of sorts for the cast and creators, which took a look back at the first season and teased what’s to come. That includes the announcement of The Boys returning to Amazon Prime on September 4. Eight episodes in all, with the first three being dropped the first day, then weekly after that.

Which is good — like Damon Lindelof’s remix of Watchmen, The Boys should be savored, thought about, talked about, in small doses. For comics fans, it’s Must See TV. It’s just hard to know when anybody will be able to meet around the proverbial watercooler again. And in case you didn’t know by now, no, The Boys is NOT suitable for children.

Fanboy Planet is an affiliate of Amazon. Any purchase you make through this site may result in revenue. 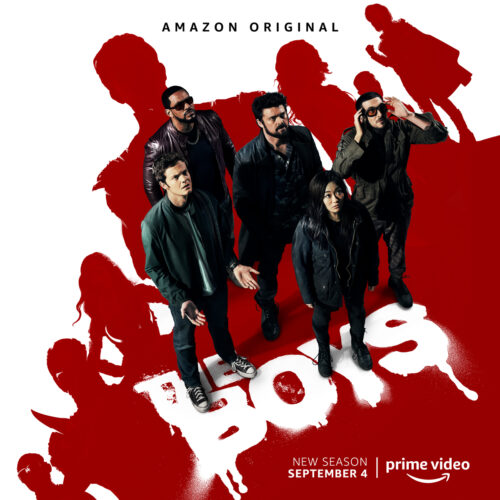