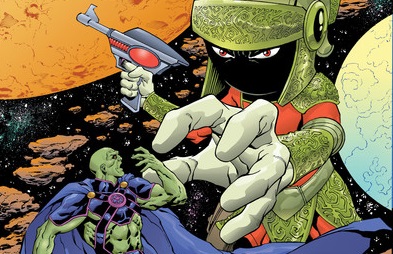 Along with that came four images that seem silly… and more than a little wrong. But didn’t we think that about the DC remake of Hanna-Barbera’s properties? And The Flintstones turned out to be excellent, with high hopes coming for Snagglepuss? 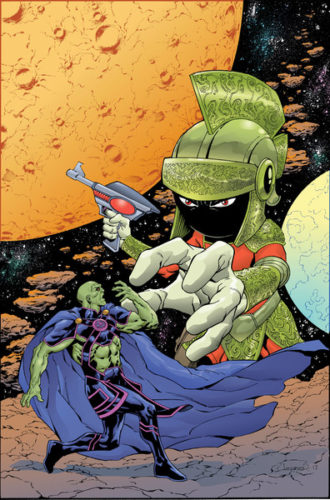 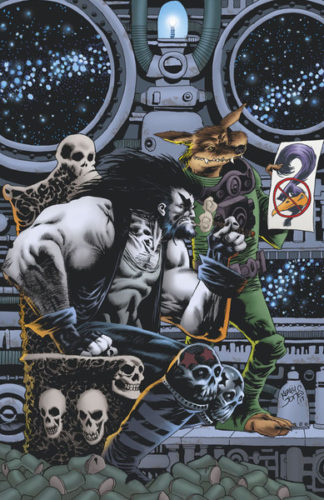 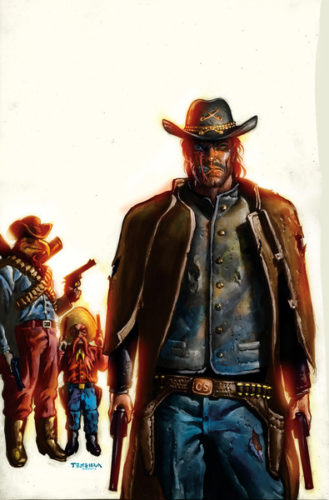 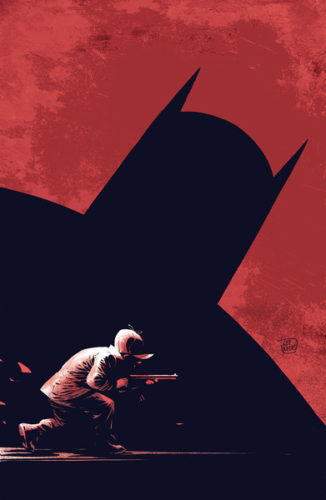 The covers alone show some talent has gone wild with it. Kelly Jones’ take on Wile E. Coyote is disturbing, but somehow apropos. And if Mark Texeira does interiors for the Jonah Hex / Yosemite Sam meeting, it could be a great Western book, with or without… Henry Hawk?

It’s Lee Weeks’ tribute to Frank Miller that terrifies me the most about Elmer Fudd meeting Batman. (I can’t make out the signature on the Martian Manhunter being stalked by Marvin the Martian, but… after Duck Dodgers in the 24th 1/2 Century, I can sort of see it.)

This isn’t the first time the Looney Tunes have crossed over with the DC Universe: 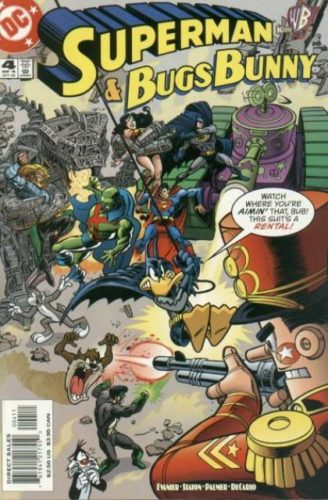 It’s also not the first time they went grim and gritty (sort of) — and that didn’t go so well: 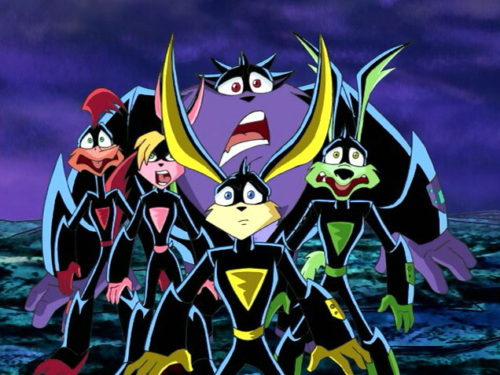 DC hasn’t let the cat out of the bag as far as actual creative teams, so the images could be concept art and nothing more. (Amanda Conner did the promo art for The Flintstones, but she had nothing to do with the actual book.) And as I always say, Archie meeting the Punisher shouldn’t have worked, but it did, so… maybe.