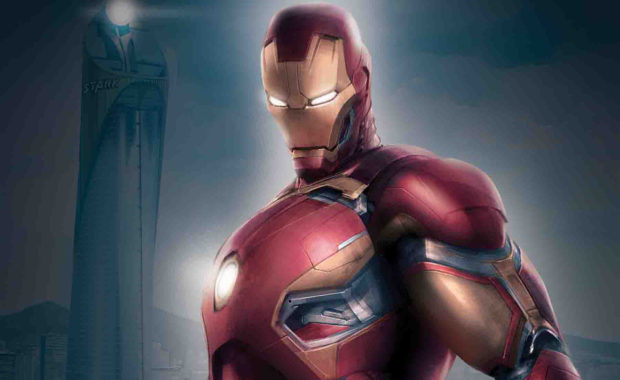 When the Guardians of the Galaxy transformed The Twilight Zone: Tower of Terror into Mission: Breakout, Disney Imagineer Joe Rohde and Marvel Studios head Kevin Feige let slip that the theme parks were creating their own version of the Marvel Universe. It looks like the Marvel Cinematic Universe, but it’s playing in a timeless loop that covers somewhere between 30 to 120 minutes, depending on the length of the queues.

The first attraction opened in Hong Kong Disneyland, the Iron Man Experience. Basically an attraction using the Star Tours engine, visitors are attending Stark Expo when a super-villain attack occurs. Mission: Breakout provided another piece of the Marvel Theme Park Universe (MTPU?), with the added bonus of a mysterious hatch outside branded with the Avengers logo. 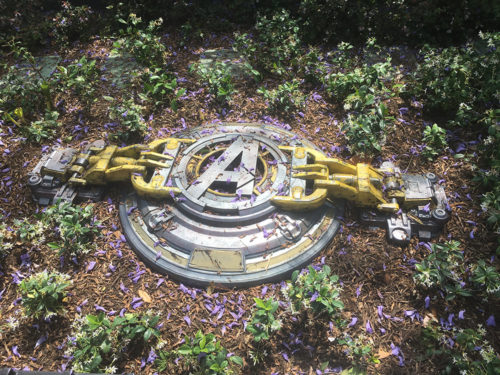 To help celebrate the opening of their Guardians of the Galaxy attraction, Disney California Adventure also had a “Summer of Heroes” with an Avengers training session for kids — featuring a special “live” greeting from Tony Stark in Iron Man armor, videoconferencing from Stark Expo… in Hong Kong. So it is all connected.

And finally, Marvel Comics gets into the act with Iron Man: Hong Kong Heroes, a book done by Howard Wong and Justice Wong, two Hong Kong-based creators. I’ll assume they’ve ridden the Iron Man Experience a time or hundred. I’ll pick this up because I want to find out if there are more clues to the MTPU.

There will be more attractions — Bob Chapek announced a new different attraction with the Guardians of the Galaxy coming to Orlando, and hinted at more for Disney California Adventure. There is no truth to the rumor that Disneyland Paris will get a Le Peregrine Parachute ride. Or is there?

This March, science and magic converge in a brand-new Iron Man story that bridges new talent and epic innovation with IRON MAN: HONG KONG HEROES! Originally conceived around the opening of the Hong Kong Disneyland IRON MAN EXPERIENCE attraction, Marvel is bringing this exciting tale to the United States for the first time along with Hong Kong based talent, in a special one-shot by Howard Wong with art by Justice Wong.

The battleground is Stark Expo, and the focus is a new invention by the name of STARK EMERGENCY RESPONSE EXOSUIT – otherwise known as the SERE-X. The sinister Baron Mordo and Armin Zola have teamed up to attempt to steal a magical artifact from Doctor Strange that merges technology and ancient dark magic. And it’s Iron Man’s job to keep the technology out of the hands of evil!

“Howard and Justice are an outstanding combo on this book! Just as Mordo and Zola—and Strange and Stark—realize that the combination of science and magic makes for a formidable force, these two bring their own special blend of storytelling to the Marvel Universe,” said series editor Mark Basso. “And there are a couple of new characters in this book we’re excited about—some new heroes to keep an eye on for sure!”

Featuring new armor and help from some of Earth’s mightiest Avengers, IRON MAN: HONG KONG HEROES is an adventure that you won’t want to miss – and it’s blasting into your local comic shops this March! 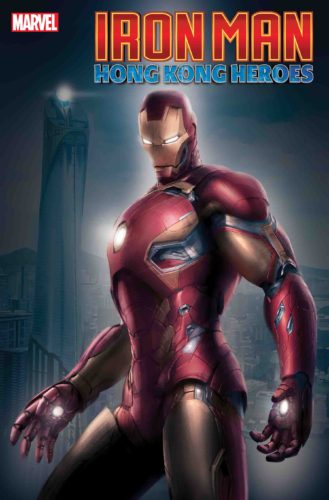