Guests at the Hollywood Tower Hotel have taken the plunge for the last time. The Twilight Zone Tower of Terror finally went dark on January 2. That’s the one at Disney’s California Adventure, being closed for a refurbishment that will crack open the Marvel presence at the Disneyland Resort that the brief “Superhero HQ” could not do. In May the Tower will reopen as a similar ride, but now repping the Guardians of the Galaxy as “Mission: Breakout.” 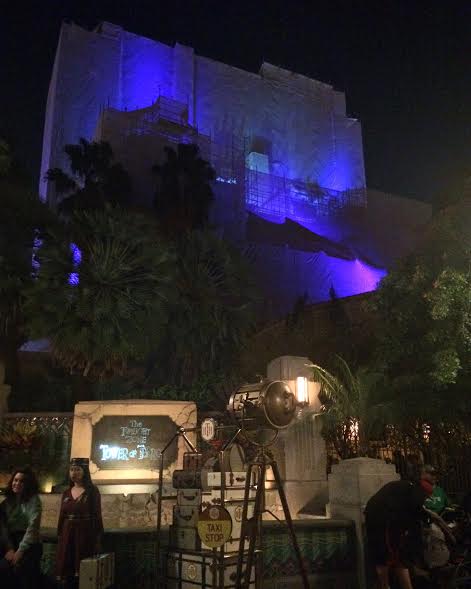 Disney threw a special “13th Hour” party Sunday night, with desserts and special musical performances, giving those fans with fedoras and veils one last chance to say good-bye. To be fair, though, we’ve been saying good-bye for months, beginning in October when Disney announced “the Final Check-Out.” And even after Sunday night’s party, the attraction remained open (though shrouded in scaffolding) on Monday, with wait times of over two hours, and only slightly less for Fast Pass holders. 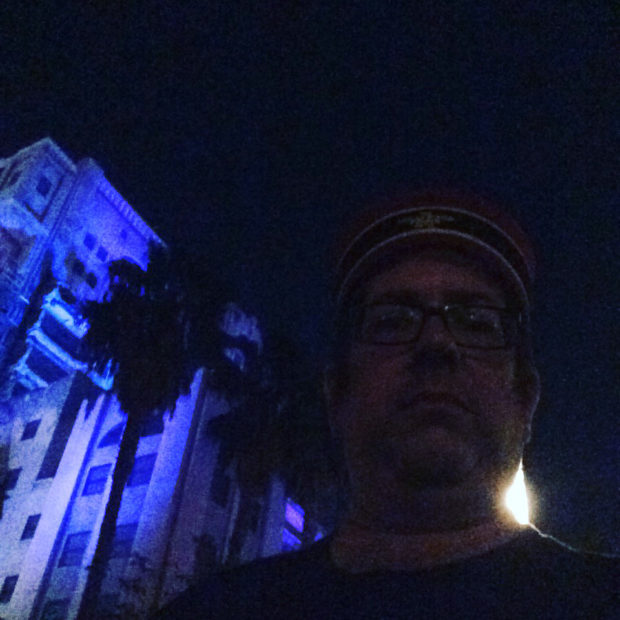 Why so much mourning, especially since (for now) the allegedly superior version of the attraction will remain open in Orlando?

Looming in the far corner of California Adventure, the Tower of Terror is a ride that arguably saved the park, at least in the minds of fans. It’s no secret that when California Adventure opened, it was met with a resounding “meh.” Too many attractions looked just like what you could get at any amusement park (though California Screaming is still a really good roller coaster). Other attractions were just… confusing (google “Superstar Limo” sometime). And none of it seemed as carefully thought out and presented as almost everything across the plaza at Disneyland.

Over in Florida, Imagineers had created a unique spin on the “drop” ride, remembering that what sets a Disney attraction apart is presentation. Licensing The Twilight Zone and creating a lush backdrop for… the drop, the Tower of Terror was a favorite at the Hollywood Studios park in Orlando, and because it was Hollywood, it loosely fit in with the idea of a California Adventure.

Transposing it to the Anaheim park also provided a spark for the later rethinking of the whole place — instead of having guests explore a microcosm of California in California, it would truly become Walt Disney’s California Adventure, as you enter at Buena Vista Street and can take the Red Line Trolley all the way past glamorous movie palaces and studio buildings to the hotel. It fit. It created theming. And it was beautiful.

These last few months caused reflection and a focus on what a detailed presentation this was — and how deep into The Twilight Zone it actually went. A dusty prop from “Nick of Time” sat high on a bookshelf in the library, reading glasses that could have belonged to Burgess Meredith lay casually on a desk, and only on quiet nights could you hear young Bettina crying for help from behind a wall, a Little Girl Lost right next to an excited line of people ready to take the plunge in a special service elevator.

There were surely more references, but I’ll admit that though my love of The Twilight Zone is strong, my memory of the episodes is weak. Suffice to say that the Tower of Terror was one of the most ornate, detailed attractions in either Anaheim park, right down to the gift shop, until Jack Skellington got a much larger footprint in it.

This isn’t to say that Mission: Breakout won’t be a fun ride; it’s just that the way this building was was so good. Where will the Silver Lake Sisters go? The most subtle (and after-the-fact) detail tying Buena Vista Street to the Tower of Terror is in the Fiddler, Fifer & Practical Cafe (in reality Starbucks). The walls are lined with photos and posters advertising the singing group the Silver Lake Sisters, glamorous women that you could imagine singing at the South Seas Club in The Rocketeer. Clearly a Hollywood hit, guests have to wonder what happened to them… unless they notice one poster in the corner behind the counter, advertising what would become their final performance at the Hollywood Tower Hotel.

Someone in management clearly meant the connection, because back in October, the women performed sets in the lobby of the Tower. Depending on the sentimentality of the Collector, whose property we will be invading come May, it isn’t hard to imagine that occasionally we might hear their ghostly singing echoing through the halls as we help rescue the Guardians of the Galaxy.

How that will count as a California Adventure, I just don’t know. 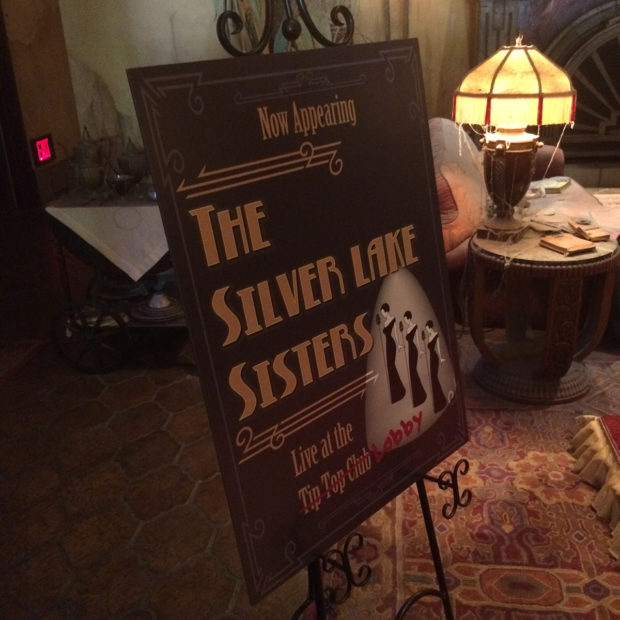