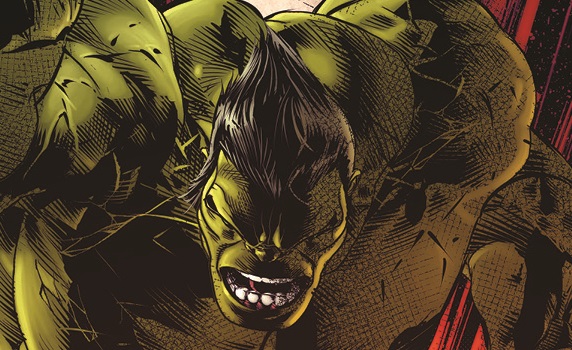 It seems a little bombastic, as in comics, let’s be honest: there’s no such thing as a final fate. Even Wolverine is back from the dead and playing Carmen San Diego. And as the Marvel Cinematic Universe hurtles towards a possible clearing of the decks in Avengers 4, the movies need a marketable next generation. Though he might not have mainstream recognition (yet), Greg Pak’s creation Amadeus Cho should be a cornerstone of that next generation.

Still, I also trust Pak. If he’s going to take Amadeus off the table (and that isn’t necessarily what “final fate” means), he’ll do it well. As the Totally Awesome Hulk follows some of the most important footsteps of the Incredible Hulk, it’s going to be worth the read.

This March, Hulk writer Greg Pak and artist Carlo Barberi (All New X-Men) will unleash a totally new chapter in INCREDIBLE HULK #714 with WORLD WAR HULK II, bringing Amadeus Cho back to earth. But Amadeus has changed during his time on Sakaar – since his face-to-face meeting with Bruce Banner in GENERATIONS, Amadeus has had to wrestle with the true nature of his alter ego’s brutality and what it means for the world.

Now, unchained and unbridled, the former Totally Awesome Hulk is ready to take matters into his own hands. And as characters such as Black Panther and members of the Champions and Alpha Flight will learn, no one is prepared for what he will unleash on the Marvel Universe!

“What follows Planet Hulk II?” asks Executive Editor and SVP Tom Brevoort. “World War Hulk II, of course! To survive on the savage world of Sakaar, Amadeus Cho was forced to unleash his darkest impulses! Returning to Earth, now the Hulk is at the wheel—and it’s a more unpredictable, more unconquerable Hulk than any we’ve seen before! The heroes of the Marvel Universe must intercede as the Formerly Awesome Hulk begins to carve his own path across the world.”

Don’t miss “the storyline that will bring Amadeus Cho to his ultimate destiny” when WORLD WAR HULK II begins this March!